Menu
View our Events
Stay Connected:
Ruben Moreno, a founding member of Blue Rock Search, recently sat down with Hunt Scanlon Media to discuss the DEI revolution and share how diversity initiatives have become more prevalent in the last year. Mr. Moreno also discusses an individual’s ability to fit in within an organization. 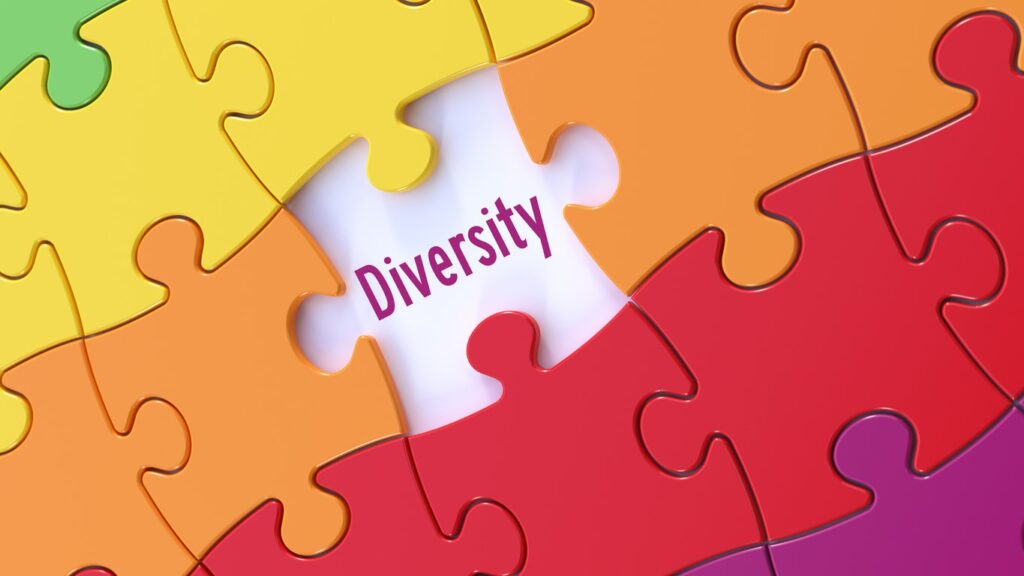 November 14, 2022 – There is a quiet revolution taking place that is affecting every company that is looking for transformational leadership. So what is that revolution? Ruben Moreno, HR practice lead for Blue Rock Search, explains that one in which candidates are saying: “I am no longer going to take full responsibility for moving a company’s DEI initiatives forward. I am no longer going to trust promises of change unless I see real evidence of commitment. You say diversity, equity, and inclusion are part of your mission, and yet, there is no evidence you are actually living these values.”

To be sure, few candidates will ever vocalize this to you, according to Mr. Moreno. After all, they didn’t get to be a top executive by burning bridges – they got there by building them,” he said. “In talking to candidates, however, I have to report that many candidates are fatigued by the fact that too many DEI initiatives are scratch-the-surface efforts, satisfied merely by hiring a candidate who looks different than the current executive council and then expecting this person to serve as the beacon that lights the way to change.”

“This could be a workable strategy when you’re hiring a chief diversity officer or the CHRO – but it is certainly not a good strategy if you want to hire the next VP of manufacturing, chief sourcing officer, or chief experience officer,” said Mr. Moreno. “Top talent for these positions wants to come in and excel at their job. While they want their opinions to be heard and respected, they don’t want it to be their responsibility to lead the company forward on DEI.”

Perhaps one of the most notable instances of this very situation is the story of Nikole Hannah-Jones, the Pulitzer winning investigative journalist and founder of The 1619 Project, a journalism project focused on centering the consequences of slavery and the achievements of black Americans throughout American history. In April 2021, as many already know, the University of North Carolina (UNC) announced that Ms. Hannah-Jones would join the faculty at the Hussman School of Journalism and New Media, the very same school where she earned her master’s degree in journalism. Then, the UNC trustees refused to grant Ms. Hannah-Jones tenure, instead offering her a five-year contract with a later option for tenure review. Even though UNC eventually agreed to offer her tenure, following massive public outcry, Ms. Hannah-Jones declined the offer, instead taking a tenured position at Howard University as the inaugural Knight Chair in Race and Journalism.

“Hannah-Jones’s highly public situation brought to light something the underlying struggle that many talented professionals face: enduring discrimination on both large and small issues, or being asked to help fix an organization, often at the expense of their own comfort and security,” said Mr. Moreno. “An organization committed to true diversity, equity, and inclusivity should be prepared to address these issues proactively. A diverse workforce is one step, but it cannot be the only one; likewise, a company can’t put all the pressure of change on employees by virtue of their identities alone.”

Mr. Moreno notes that many stories have been written about Nikole Hannah-Jones and her situation, some of which share related stories from any number of fields. One such article was published by NBC and written by M Shelly Conner, Ph.D., assistant professor of creative writing at the University of Central Arkansas. In her article, Dr. Conner describes her experiences of attending the HBCU Tuskegee University as an undergrad. That experience is contrasted with what happened after obtaining her doctorate: Dr. Conner worked at a predominantly white institution. She called that time “an intense exercise in unbelonging.”

Ruben Moreno leads the Blue Rock HR executive search practice specializing in the identification, assessment, recruitment, and onboarding of chief HR officers and their teams. As a subject matter expert and specialized executive recruiter, he has been dedicated to partnering with his clients to identify, assess, and recruit the best human resources leadership talent available for over 12 years.

“That phrase resonated with me, because it made me think of times when I, as an Hispanic member of the minority, could have easily felt the same way,” said Mr. Moreno. “But I have been very fortunate to build relationships with many good leaders during the course of my career who made me feel like I belonged, was a valuable member of the team, and could make a difference through meaningful work. These early experiences also gave me a belief in the transformational power of relationships. When I and my partners, Nancy Estep-Crichett and Christopher Rios, began Blue Rock in 2015 as a minority-owned business, relationships built to last became one of our core values.”

“I often reflect on what creates lasting relationships with clients,” said Mr. Moreno. “One aspect is serving as a trusted advisor. That means many things at Blue Rock Search: helping clients understand the current talent market, sharing information on candidate mindsets today, and guiding conversations to take a hard look at a customer’s employee value proposition to determine if it is competitive, among other things. And sometimes, it means showing the client how their firm looks to candidates, through a candidate’s eyes, so they can move forward on their DEI journey.”

The Candidate’s Perspective: Will I Fit?

Keeping the idea of “meaningful” and “related” work in mind can make a big difference in creating an inclusive organization, according to Mr. Moreno. “As recruiters who are also trusted advisors, we must be able to help clients see how their organization looks to diverse candidates,” he said. “We can then talk them through what they need to be doing to capture the interest of this motivated group of executives.”

Committing to DEI is about more than just putting out a handful of statements or updating a website. It’s a real process that has many factors at play and many steps to take. Mr. Moreno notes that just a few of those might be:

“All of these factors must work together; committing to one cannot mean losing sight of another,” said Mr. Moreno. “A company that highlights DEI initiatives on its website yet refuses to act on reports of microaggressions in the workplace will soon see the effects of its inconsistency, losing high performers and failing to attract top talent.”

Mr. Moreno explains that the words of one-star performer who was looking to leave their current position have always stuck with me. They said, “No matter what I did, nothing really changed.” Let’s look at their situation:

“However, no matter how hard they worked and how much they achieved, this transformational diverse leader was appreciated by their boss, but undervalued by the others on the team,” Mr. Moreno said. “Even worse, a peer also continually engaged in snide remarks and microaggressions – and they went unchecked. Eventually, the star found a new position at a company where they felt there was a real commitment to DEI. They turned in their notice.”

Their soon-to-be former boss was distraught to learn the reasons why they were leaving and offered them more money to stay, saying, “You can help me fix this.” The star said, “No, I can’t,” much like Dr. Hannah Jones said to UNC.

“Luckily for the CHRO, the star didn’t leave negative reviews about the company on sites like Glassdoor, but it could have happened,” Mr. Moreno said. “Indeed, it has happened to other organizations. When it does, know that future candidates will be reading them as part of their opportunity evaluation. It doesn’t matter how many statements have been released or symbolic gestures made; if the real people working on the ground at a company have a very different experience, that will have an enormous impact on how that company is viewed, both by the public at large and by prospective talent.”

Mr. Moreno notes that candidates – especially those with one or more marginalized identities – are not interested in coming in and being designated the “fixer” for DEI issues, unless, the position itself is specifically geared at HR and DEI work. “They want to join a company that already has done (or is doing) the work and shows genuine commitment to seeing it through,” he said.

Being a trusted advisor to their clients is one of the critical roles the best recruiters take on, according to Mr. Moreno. “Being that trusted advisor, however, often means that you need to expand a client’s worldview so they are better prepared to compete in a shifting marketplace,” he said. “This is particularly true for clients looking to make genuine moves on the DEI front and show a real commitment to positive change. If DEI is important to a client, trusted advisors help the client look at their organization through the eyes of the candidates they are trying to recruit.” Two major questions to keep in mind – and to push your clients to answer – might be: Is there real evidence the client is committed to DEI initiatives? If not, and they do want to fully commit, how can you help them chart their path?

To be the best, Mr. Moreno believes every organization benefits from diversity. “Homogeneity helps no one and often leads to stagnation; a diverse, vibrant company culture encourages innovation, learning, and growth,” he said. “I also know it is a fact that, when you don’t come across very well to diverse talent, you will miss opportunities to hire transformational candidates, and your organization misses out on the positive effects those candidates could have. I also believe that unity is better than uniformity within an organization. When there is a sense of belonging and meaning brought about by inclusion, workers are more likely to be more motivated to achieve and support company goals.”