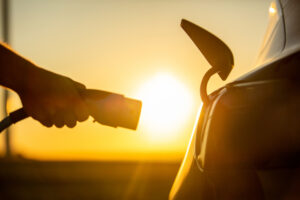 November 8, 2021 – Clean tech and sustainability recruiting powerhouse Hobbs & Towne has assisted in the recruitment of Kevin Paprzycki as the new chief financial officer of Solid Power, a developer of all-solid-state battery cells for electric vehicles. Senior partner Dan Cremins and partner Ryan Houder led the assignment. “At this pivotal moment in Solid Power’s history, we are elevating and enhancing our team to include the critical skills and high caliber leadership experience we need to effectively propel the company towards its vision of powering a cleaner, safer and cost-effective electric future,” said Doug Campbell, co-founder and CEO of Solid Power. “With the addition of Kevin’s finance and public company expertise we have the right leader in place to drive the company into its next phase of its evolution.”

Mr. Paprzycki brings more than 25 years of financial leadership experience, including over 15 years in C-level financial and executive leadership positions at Colorado-based public companies. Prior to joining Solid Power, Mr. Paprzycki served in various executive roles at Scott’s Liquid Gold, including serving as CFO, treasurer, and corporate secretary since 2018, a member of its board of directors since 2019 and as interim co-president since April. Previously, Mr. Paprzycki held several executive leadership roles at Westmoreland Coal Co. and its subsidiary, Westmoreland Resource Partners, including CEO from 2015 to 2017 and CFO from 2008 to 2015.

For Philadelphia-based Hobbs & Towne, climate has been its sole agenda for more than two decades. The firm focuses exclusively on finding leaders for the clean tech, mobility, climate technology, food and agriculture, water, infrastructure and sustainability markets. Last year the firm enjoyed a 59 percent revenue jump and took first place in the exclusive Hunt Scanlon Media Top 25 rankings as the fastest growing search firm of the year. “This year, Hobbs & Towne is accelerating those growth rates and making good on its promise to be the singular source of talent for climate and sustainability talent,” said Scott A. Scanlon, CEO of Hunt Scanlon Media.

Today, Hobbs & Towne partners with venture capital, private equity and family office investors, as well as large, global companies across some of the most impactful technology categories, including but not limited to aerospace, agriculture, AI, bio and medical, data science, energy, food, IOT, mobility, robotics and sustainability. The firm has performed over 2,500 executive searches over the last 20-plus years. It maintains offices in San Francisco, Philadelphia, New York, Los Angeles, Toronto and London.

No one was saying it in so many words, but the report that the United Nations Global Compact and Russell Reynolds Associates released last year was aimed at nothing less than helping to save the world. Six years ago, leaders from 193 nations at an historic UN summit adopted 17 sustainable development goals (SDGs) that involved everything from eradicating hunger to taking urgent action to overcome climate change. They were big, tough, imposing goals, with a deadline of 2030. With but nine years to go, the world remains far from meeting these objectives.

Mr. Cremins has been conducting executive searches and building management teams for over two decades. He joined Hobbs & Towne in 2002 and has been a partner with the firm since 2007. Mr. Cremins has performed searches across a wide range of technology verticals including artificial intelligence, robotics, energy, automotive and mobility, aerospace technology, smart cities & buildings, internet of things, and agricultural and food technology with both large public and private companies as well as growth stage companies.