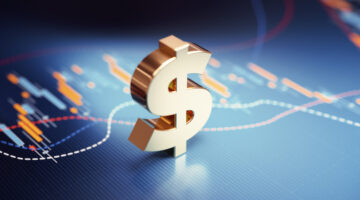 The funding establishes Oyster as a unicorn less than two years after the company’s launch and as one of the few B Corporations[1] to achieve the milestone. The investment also caps a year of incredible growth for the company. In 2021, Oyster grew revenue by over 20 times and the number of team members employed on its platform by 17 times. As a result of its mission-driven, fully distributed culture, Oyster attracted over 20,000 job applications in the first quarter of 2022.

“Oyster’s continued momentum speaks to the overall power of the distributed work movement, with the best companies in the world increasingly choosing to hire talent wherever it is found, while empowering their teams to work from anywhere,” the company said. Oyster customers, who can recruit job seekers in over 180 countries, already use the platform to pay more than $200 million to global talent each year, with 25 percent of that talent living in emerging economies.

“Distributed work is better for business, better for people, and better for the planet,” said Tony Jamous, co-founder and CEO of Oyster. “Our mission, to create a more equal world by helping companies everywhere hire people anywhere, fuels everything that we do. It’s thanks to the strength and impact of that mission that we have been able to grow our team and business in such an unprecedented way. We’re thrilled to work with Georgian and our investor partners on this step of the journey.”

In the last two years, Oyster has also created a team of 500 employees. With employees in over 60 countries, a diverse leadership team, and an employee base that is over 60 percent female.

“We are excited to support Oyster on their mission to provide opportunities that cross geographic barriers,” said Claudine Emeott, partner at Salesforce Ventures Impact Fund. “They’re the kind of company that fits well within our investment mandate for both high growth and high impact. We see Oyster’s mission to incorporate impact as part of their values to be a key differentiator that will only fuel their continued growth.”

Not Just a Unicorn

“The Oyster team is one of the most mission-aligned companies we’ve ever seen,” said Margaret Wu, lead investor at Georgian. “They’re the kind of company we deeply admire—not just a unicorn, but an ‘impact-unicorn,’ a business that creates enormous value as the direct result of its social impact mission. We’re eager to support them as they lead the world into a new era of work.”

Oyster’s series C follows a pair of funding rounds in 2021, including a Series A in February and a series B in June. The company has raised a total of $227 million to date. Oyster plans to use the series C funding to further develop its global employment platform and invest in the People Ops community.

“At Oyster we’ve created the world’s first distributed HR platform, allowing companies to hire, employ, and retain talented employees around the world,” said Mr. Jamous. “We’re on a mission to remove the barriers to global employment so that talented people across the globe can increase their employability no matter where they are.”