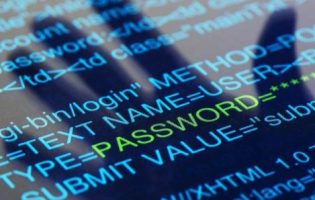 A four-person search committee from the National Cybersecurity Center’s 12 directors conducted interviews and made the final candidate recommendation to the board.

Board members unanimously selected Mr. Rios from 13 applicants, including two other finalists who were interviewed by the board.

Mr. Rios is founder, president and CEO of CyberSpace Operations Consulting, a nine-year old company that specializes in moving new technical innovations into national security operations for cyber, intelligence and space programs in government and the private sector through 20 consultants, including 17 retired generals. The company’s clients include many of the nation’s largest defense contractors as well as Space Exploration Technologies Corp. (Space-X) and several satellite contractors.

“This moves the NCC to a new chapter. Ed has good plans and ideas and will do great things for both Colorado and the nation,” said Ed Anderson, the center’s interim executive director. “He brings years of cyber expertise and the start-up experience needed to establish the NCC as a national leader.”

Leveraging Security As a Strategic Asset

“This center has immense potential to become a national thought-leader and economic driver for Colorado Springs, the state of Colorado, and across the country,” said Mr. Rios. “It’s a privilege to continue the great work started by Ed Anderson and the board and I am ready to get to work to bring the NCC to its full potential.”

The firm’s consultants work across functions, industries, and geographies to help clients more comprehensively identify and develop exceptional leaders across the security spectrum — from cybersecurity to operational risk to physical and corporate security. The practice has completed more than 300 security searches since 2010, including the placement of executives in senior roles in information security, corporate security, enterprise risk, and into organizations providing security services, software, and hardware.

But Heidrick is not alone in the hunt for seasoned cybersecurity talent, which has seen a dramatic increase in the last two to three years, according to a recent special issue of search industry newsletter ESR devoted to cybersecurity. According to ESR, published by Greenwich, Conn-based Hunt Scanlon Media, recruiters are finding a lack of qualified candidates just as companies put a greater emphasis and give a higher priority to corporate security.

Mr. Scanlon said that as a result of this shift, demand for cybersecurity experts is exceeding the available supply by a “widening margin.” To assist companies in their hunt for senior level cybersecurity talent, Hunt Scanlon released its first-ever ranking of cybersecurity recruiting specialists. Twenty leading search firms were inducted into Hunt Scanlon’s inaugural ‘Cyber 20’ based on market reputation and dedication to finding best-in-class cybersecurity leaders.