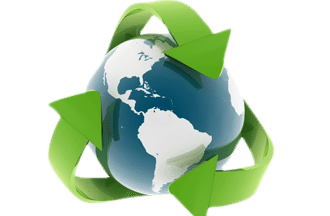 May 10, 2014 – As the world moves toward a cleaner and greener existence, sustainability companies that serve this business discipline are increasingly focused on bringing on new generations of senior talent to lead them through the next phase of their continued growth. Sustainability encompasses clean and green technology, renewable energy and other environmental-based initiatives. Today, this multi-billion dollar sector includes wind, water, solar and power generation, transportation, energy storage & efficiency, and agriculture – all technologies that have quietly pushed into the lives of the everyday global consumer.

The sector emerged about 15 years ago with the acquisition of Enron’s wind turbine business by GE, which joined Siemens and Vestas as the industry’s Big Three in the wind category. Several years later First Solar and SunPower commercialized utility, commercial and residential solar technologies, and this brought a deluge of investors and entrepreneurs to the field. “This period was known as ‘Clean Tech 1.0,’” said Todd Greenhalgh, a partner with San Francisco-based Schweichler Price Mullarkey & Barry (SPMB), a recruiting firm specializing in technology search. Accordingly to Mr. Greenhalgh, who merged his sustainability search practice at Green Atom to SPMB last May, the early stages were typical. “It was the classic ramp up: the raising of capital, investment making, and managing early growth.” Mr. Greenhalgh said that during the 2005 to 2008 period he and other recruiters were charged with replacing founder-owners with more bottom line-oriented professionals which they plucked from other related technology and industrial sectors. Out of that demand a new recruiting sector was born.

Although the financial crisis of 2009 to 2011 caused the sustainability sector to hit the reset button (the well-publicized bankruptcy of Solyndra also didn’t help), the sector is now booming. Companies like Tesla and Solar City have had successful IPO’s and M&A activity is at an all time high. And large scale projects underway showcase the direction in which the industry is heading: one, the 550 megawatt Topaz Solar Farm, located on the northwestern corner of the Carrisa Plains, will produce sufficient electricity to power 160,000 average California homes. Mr. Greenhalgh said that the Carissa Plains project is just one of many that have come to fruition, increasing the need for talent at all levels within these nascent businesses. “We are now at a point in time where we are recruiting the full executive suite,” said Mr. Greenhalgh. Recently, SPMB recruited Jim Hughes as CEO of First Solar; he will also act as the company’s COO and chief commercial officer. And C3 Energy retained SPMB to fill its global commercial team.

A big part of Mr. Greenhalgh’s interest in the sustainability sector is personal. “We know we are playing a vital role in helping improve the planet.” Mr. Greenhalgh referred to a common phrase in the field – ‘triple bottom line’ – that encapsulates how he and others view the sector. The first, he said, is increasing profits. “The industry is now realizing high rates of return on its earlier investments,” he said. The second is improving the planet, and the third is improving people’s lives. “If we look at how the industry has changed, consider residential solar,” said Mr. Greenhalgh. “It’s a good return for the investor, it lowers the cost for the consumer and, best of all, it generates clean energy.”