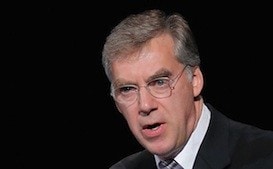 July 28, 2015 – Chicago-based Heidrick & Struggles/(NASDAQ:HSII) has posted net revenue of $133 million in the second quarter, down 2.2 percent from $136.1 million in the 2014 second quarter. Excluding the impact of exchange rate fluctuations which negatively impacted results by $6.9 million, or five percent, consolidated net revenue increased $3.8 million or 2.8 percent.

Executive search and leadership consulting net revenue declined 1.6 percent year over year, or $2.1 million, to $124.7 million. From a global practices perspective, year-over-year growth from the firm’s healthcare & life sciences and financial services practices was offset by declines in the other practices. Net revenue from culture shaping services declined 10.5 percent to $8.4 million from $9.4 million in the 2014 second quarter, primarily reflecting the timing of project executions and the recognition of revenue.

“Weak performance in culture shaping must have been highly disappointing,” said Hunt Scanlon CEO, Scott A. Scanlon. “Heidrick has made a decent investment in its culture shaping platform in the last few years and the company has tied its image as well as its public relations campaign to it.” Mr. Scanlon said there has been some push-back from search firm clients in general this year who report that candidate assessment modeling, including areas like culture fit, might be in less, or declining, demand. “There have been a number of innovative talent service offerings presented to clients from the large recruiting outfits in a relatively short period of time,” said Mr. Scanlon. “It could be that clients just need more time to digest it all and to evaluate what works best for their particular organization’s environments.”

“On a constant currency basis, net revenue in the Americas grew nine percent and in Asia Pacific grew almost seven percent,” said Tracy R. Wolstencroft, president and chief executive officer. “Results from Europe were disappointing, with a decline in revenue that was doubled by the negative impact of currency fluctuations. Improving our business in Europe is a high management priority.”

Heidrick & Struggles shares have risen just three percent since the beginning of the year; in the last four weeks its stock has dropped nearly 10 percent. But the stock has risen 31 percent in the last 12 months. Rival Korn Ferry has seen its stock rise also by a third in the past year. “Korn Ferry’s aggressive push into a myriad of related talent offerings and leadership solutions services over the last seven or right years have given the company a market cap four times the size of Heidrick’s,” said Mr. Scanlon. Heidrick’s market cap stands at just under $450 million; Korn Ferry’s is slightly below $1.7 billion.

“We continue to grow and improve the talent base within our firm,” added Mr. Wolstencroft. “We are investing capital to fill targeted industry practice and geographic gaps in order to provide increasing value to our clients as a trusted leadership advisory firm.”

“Heidrick just three weeks ago increased its bank credit facilities in order to give the company additional financial options as it explores ways to further invest in its business,” said Mr. Scanlon. The company now has a $100 million revolving credit facility, maturing in 2020, which gives Heidrick “total financial flexibility,” according to Mr. Wolstencroft, “to invest in our business and pursue our growth strategy.” The company is forecasting third quarter 2015 consolidated net revenue of between $130 million and $140 million.