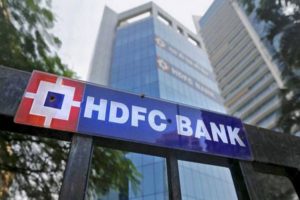 January 27, 2020 – Financial services organizations, generally, are facing a new competitive landscape, regulatory challenges and a constant struggle to manage cost and efficiency. Overseas, fold in Brexit and you have an environment growing in complexity by the day. This requires strategic leaders, both men and women, with a multidimensional skill-set and competencies that often go above and beyond any typical job description.

But there’s a big problem: In most countries, while women represent about half of the financial services industry, few of them reach leadership positions. That puts a number of top searches in a great vortex right from the start.

Like all financial institutions, banks continue to turn to executive recruitment firms to find new leaders. The recruiters, in turn, have been working to expand their candidate slates to include large numbers of women. The push for diversity is on, they say, and with it new pressures to produce candidates from a multitude of backgrounds, ethnicities, and genders to fill an ever expanding set of search assignments based on far more inclusive corporate agendas.

According to Reuters news service, Mumbai-based HDFC called in Egon Zehnder because its own search committee was struggling to come to an agreement on Mr. Puri’s successor.

“Egon Zehnder has been recommended by the search committee and unanimously appointed by the bank’s board,” Neeraj Jha, a spokesman for HDFC Bank, told Reuters.

Mr. Puri’s term ends in October. Now age 69, he has been at the helm since the bank started in 1994. He also serves as an adviser to the search committee. Although Mr. Puri reportedly would like to serve longer, central bank regulations call for mandatory retirement at age 70.

“The deadline for Puri’s successor is nearing … the bank will have to appoint someone who can continue to push for growth despite an economic slowdown,” an unnamed source told Reuters.

Mr. Puri’s replacement must be approved by the Reserve Bank of India (RBI).

Mr. Puri and Deepak Parekh, the chairman of India’s largest housing finance company HDFC, which owns a minority stake in the bank, have been at odds over the bank’s succession plan, with both pushing for their own candidates, said Reuters.

Mr. Puri’s choices include HDFC Bank’s executive directors Bhavesh Zaveri, Sashidhar Jagdishan and Kaizad Bharucha, sources told the news service. Mr. Parekh, they said, wants to reinstate Paresh Sukhtankar, Mr. Puri’s former deputy, who until he stepped down two years ago was considered by many to be Mr. Puri’s most likely successor.

“The new successor needs to have a vision to be able to spot opportunities and constantly stay ahead of the curve which is what Puri has been doing,” Suresh Ganapathy, head of financial services research at Macquarie, told Reuters.

Last fall, the search firm was chosen to find a new chief executive officer for HSBC after the surprising firing of John Flint. Europe’s biggest bank, which has a market value of £127 billion, is understood to have appointed Egon Zehnder after meeting with rivals Spencer Stuart and Russell Reynolds Associates.

“I have agreed with the board that the recent good interim results indicate that this is the right time for change, both for me and the bank,” said Mr. Flint. “After almost 30 years with HSBC, I will be sad to leave but I do so looking forward to a new personal challenge, and I’m confident that our people will continue to serve the bank’s stakeholders in the best possible way.”

The board will consider internal as well as external candidates. According to multiple sources, the short list of outside prospects includes Stephen Bird, chief executive of global consumer banking at Citigroup, and RSA Insurance chief Stephen Hester, who previously led the Royal Bank of Scotland. Noel Quinn, interim chief executive of HSBC, is also a possible candidate. The Sunday Times reported that experience in Asia is crucial for the bank as a majority of its profit is from the region. Oddly, no women have surfaced as rumored top candidates.