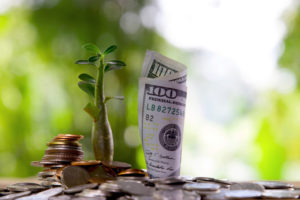 “Since its founding, Handshake has been laser focused on delivering on its vision to democratize job opportunity by connecting employers with job seeking students at institutions of higher education, and has built a rich network of 17 million job seekers, 1,000 institutions of higher learning and nearly 500,000 employers,” said Jeff Richards, managing partner of GGV. “We’re delighted to join forces with the Handshake team to help the company further expand its impact by delivering innovative, industry-leading recruitment solutions and expanding into new markets.”

Handshake also announced that its platform is now available to serve about six million students who are earning valued credentials from community colleges and bootcamps. Employers in the technology, manufacturing and healthcare industries, including companies like Dell Technologies, have made it a strategic priority to recruit and hire talent from non-traditional institutions. Handshake is currently working with more than 70 community college partners and is helping employers across industries actively recruit talent from these partner schools.

“Cuyahoga Community College (Tri-C) is committed not only to educating its students but also to providing them the tools to access internships and employment opportunities,” said Sandy McKnight, associate vice president of access, learning and success at Cuyahoga Community College. “Tri-C and other community colleges offer clearly defined career pathways designed to meet evolving workforce needs. We are excited about working with Handshake to empower our students with the resources they need to be successful in the job market.”

In addition to expanding its offerings in the U.S., Handshake also announced that it has launched operations in the U.K. where it is working in partnership with higher education institutions such as the University of Cambridge, University of York and University of Liverpool.

“Since Day One, the vision for Handshake has been to build the largest, most inclusive community for early talent, one where no network is required, to provide members opportunities no matter where they go to school, what their background is, who their parents are or where they are located,” said Garrett Lord, Handshake co-founder and CEO. “The new infusion of capital will further the process of expanding our impact across the early talent landscape.”