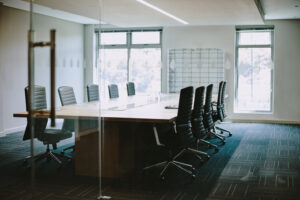 April 22, 2022 – Greenwich Harbor Partners recently placed seven new members of the board of advisors for Teach for America Jacksonville in Florida. Candidates identified by the firm include Bernard Schmidt, VP of automation at the Jacksonville Transportation Authority, Kevin Boone, EVP of sales and marketing at CSX, Amy Norcross, education advocate and philanthropist, Steven Potts, EVP and CFO at TIAA Bank, and Aundra Wallace, president of the JAXUSA Partnership.

Mr. Schmidt is vice president of automation at the Jacksonville Transportation Authority, where he manages the Ultimate Urban Circulator Program (U2C). Previously, he worked as a general manager at both Amazon and UTC Aerospace Systems.

Mr. Boone is executive vice president of sales and marketing at CSX, a transportation company based in Jacksonville. Prior to his current position, he has filled the roles of VP of corporate affairs, VP of marketing and strategy, and CFO at CSX.

Ms. Norcross is an education advocate and philanthropist and, along with her husband Gary, is the parent of a TFA alum. They are deeply motivated by bettering communities through educational opportunity and equity. They have supported this work through a variety of avenues, including the creation of the Gary and Amy Norcross CARE Endowed Excellence Fund that benefits students with demonstrated financial need at the University of Arkansas.

Mr. Potts is the executive vice president and chief financial officer at TIAA Bank. He has held a variety of positions at TIAA, including senior vice president and senior technical accounting manager. His work has included managing TIAA’s Dodd-Frank Act Stress Testing program and TIAA special projects in acquisitions, divestitures, and new products and programs.

Mr. Wallace is the president of the JAXUSA Partnership, a private, non-profit division of the Jacksonville Chamber of Commerce. Prior to JAXUSA, he worked as CEO of the Jacksonville Downtown Investment Authority and the Executive Director of the Detroit Land Bank Authority.

Teach for America is a non-profit organization whose stated mission is to “enlist, develop, and mobilize as many as possible of our nation’s most promising future leaders to grow and strengthen the movement for educational equity and excellence.” The organization aims to accomplish this by recruiting and selecting college graduates from top universities around the U.S. to serve as teachers. The selected members, known as “corps members,” commit to teaching for at least two years in a public or public charter K–12 school in one of the 52 low-income communities that the organization serves. Today, half of the corps identify as people of color, half come from low-income backgrounds, and more than 1,000 corps members and alumni were themselves taught by a Teach for America corps member when they were students.

Ms. Pryor has over 20 years of senior executive search experience. She has recruited board directors, CEOs and their direct reports, as well as partners for private equity firms. In addition to her board seat with the New York Pops, she serves as an advisory board member for Constellation Ventures. A veteran of the internet space since the early ’90s, she has deep experience in digital media, entertainment and private equity.

Mr. Pryor focuses on senior-level assignments for general management, sales, marketing, and digital transformation. He specializes in recruiting executives using his four years as CFO and CEO of a venture-backed start-up, 10 years at General Electric Capital and 20 years in international finance and investment banking. Mr. Pryor has served on public, private and non-profit boards and chaired the audit committee for the Boston Celtics. In executive recruiting, he has focused on business services, digital marketing, E-commerce, ad sales, place-based advertising, communications, and customer service for growth companies and large national brands.