Menu
View our Events
Stay Connected:
Too often, a lack of good feedback can cause teams to feel criticized, leading them to underachieve, concludes a new report from Teamalytics. The solution lies in an approach that helps teams clearly understand, take ownership of, and intentionally address the individual and group behaviors that were holding them back. 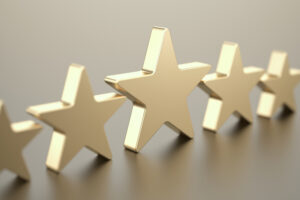 June 14, 2022 – Every good solution starts with a clear problem. For Teamalytics, that problem was encountering team after team who were continually failing to move forward at the pace they were capable of achieving. A variety of issues can cause a team to underperform and not maximize their abilities, including unresolved conflicts, poor execution, lack of accountability, and any number of behavioral roadblocks where people seem unable to get out of their own way, according to a recent report from Teamalytics. “And there’s one more major reason teams were staying stuck: They had not received accurate, helpful, and actionable feedback. Instead, the feedback being collected produced nothing at best, and, well, made things worse at worst,” the study said. “Many of these teams were utilizing a typical multi-rater feedback system that in reality felt more like a ‘multi-hater assessment’ where team members felt criticized more than challenged to change. And in the end, they were still stuck and still underperforming.”

A new approach was needed that went beyond traditional personality assessments, commonly used 360s or general teamwork advice. Teamalytics realized that teams needed to clearly understand, take ownership of, and then intentionally address the individual and group behaviors that were holding them back.

“It was difficult, however, to get people to make behavioral changes based simply on the ad hoc feedback of others,” the report said. “They needed a validated assessment process that gave individuals clear data on how they perceived their own behaviors, and, even more important, how their behaviors were impacting their teammates. They needed to know how it felt for others to work with them on a daily basis. And then they needed a roadmap that showed them exactly what behaviors they needed to tweak in order to overcome their constraints, connect more deeply with their teams, and ultimately accelerate their performance.”

Traditional assessment tools are cumbersome and often yield filtered results, adding to the multi-hater experience. Many people are nervous if not afraid to share what they really feel about their boss since it may impact their career path, even when supposedly anonymous, according to the Teamalytics’ report. “Others may give such over-the-top critical feedback that it can be detrimental to the recipient and provide no real pathway for growth,” it said. “In addition to being highly time-consuming, traditional tools rarely supply customized, doable next steps.”

Typical self-assessments such as personality profiles or strengths evaluations can be helpful for quick categorizations. However, Teamalytics notes that they do not identify behaviors that can be leveraged for team acceleration, nor do they highlight behaviors that need to be modified or eliminated. “One of the common misgivings with the most widely used assessment tools is they identify traits that are static,” the firm said. “As such, most people read their report and then put it on a shelf or file it away in an email folder. There is nothing actionable to do with the information. People cannot change their personalities. What we can change is our behaviors.”

But how can you measure those behaviors, both productive and counter-productive, in a quick, scientifically validated manner that includes collecting multi-rater 360-degree data? Teamalytics founder, Flip Flippen, first faced this challenge while working as a psychotherapist over 30 years ago. He realized that to truly be able to get people unstuck, he needed to not only understand how they viewed their behavior but also needed insights into how others were experiencing the individual he was trying to help. But how do you pull this off without hours of interviews with family and friends? And what can you do to ensure that you receive an objective perspective of what was happening?

Some of the features of its proprietary, scientifically validated profile include:

For organizations to achieve sustained business results, Teamalytics recognized that gaining the right behavioral insights was only the first step. Over the years, the company has been intentional about continually refining and improving our methodology. Today, all of Teamalytics’ experience combined with all of the science and research illustrates its evidence-based process in three steps:

Over the decades, Teamalytics has identified 13 critical leadership behaviors that significantly affect individual and team performance. An individual’s personalized data report will give them insight into how they view the impact of their own behaviors and, more importantly, how their behaviors are being experienced by others. Teamalytics notes that awareness begins by understanding how you are affecting others. The next part of awareness comes through the Teamalytics team snapshot, where they provide a combined team report on eight of the 13 critical behaviors, highlighting the strengths as well as the behavioral risk factors of the entire intact team. Is most of the team more controlling? Too passive? Overly autonomous? Too combative? Not combative enough? “The snapshot provides team-wide awareness of where a team is at risk of underperforming, staying stuck, and not achieving the desired business results,” Teamalytics said. “Awareness is expanded when teams know exactly which behaviors the team as a whole needs to focus on changing.”

Some leadership development programs provide some sort of improvement plan, but very few provide an accountability process that effectively supports the desired changes, much less the multiple levels of accountability. “Without accountability, most of us will continue to operate in bio-mode, which is our normal way of functioning when we are not consciously trying to make behavioral changes,” the report said. “This is especially true when stress hits.”

Defining the Barriers of Inclusive Environments in the Workplace

Recognizing acts of exclusion can help companies surmount the challenges of developing an inclusive workplace, concludes a new report by Cowen Partners. Microaggressions and unconscious bias are among the most common obstacles to real progress.

Teamalytics uses the self-awareness gained from the Teamalytics 360 report to create a traction plan, which is a personalized development pathway. “Our real-world coaches with frontline experience in leading companies will work one-on-one with each individual to create a customized plan,” the company said. “This plan will create personal ownership for addressing the behaviors needing change to promote growth. The commitment between the coach and the client creates the first level of accountability. Subsequent coaching sessions will include conversations about progress and roadblocks on the traction plan journey.”

“The next level of accountability is initiated when clients share their traction plans with their manager and coworkers,” the report said. “These peers are now part of the accountability process, being empowered to act as truth-tellers who will both encourage as well as challenge when certain behaviors are displayed, or not.”

The third level of accountability comes from a process called the traction plan checkup (TPCU). Three to four months after people have their traction plans, the Teamalytics system will send electronic versions of the plans to designated accountability partners who will have the opportunity to evaluate how the person is doing. Are they seeing a lot of effort to tweak behaviors, a little effort, or no effort at all?

The TPCU features multiple opportunities during the survey response phase for accountability partners to make personal comments in the online tool. After the reports are released, the Teamalytics coach will then go through the TPCU with the individual to discuss progress, clarify next steps, and adjust the traction plan accordingly.

Fourth, accountability is further ensured through the creation of a team traction plan. Teamalytics takes the team snapshot that was mentioned in the previous section and work with the team to create a team traction Plan based on the primary constraints of the team as a whole. Accountability is created as the entire team works to overcome the identified behaviors that have hindered the team.

Finally, accountability is firmly rooted in the creation of a social contract. A social contract captures a team’s joint commitment to a shared agreement on desired behavior between team members.

Examples of items on previously created social contracts include “Always treat each other with respect.” “Be open to other’s opinions.” “Call out problem behaviors.” “Accept personal responsibility.” “Do the right thing.” And, “Value diversity in all its forms.” Not only does this document specify agreed-upon behaviors, it also includes a pledge to hold each other accountable to those behaviors.

These five levels of accountability solve the problem that most leadership development programs face, which is a lack of built-in accountability, according to the Teamalytics report. “An absence of a system to ensure answerability to the desired and needed behavioral changes causes the whole development process to stall if not fall apart,” it said.

Building awareness and creating accountability leads to acceleration. “As individuals and teams engage in their traction plans and receive regular, reliable feedback along the way from their coach and their peers, they experience an acceleration in performance that is experienced in multiple ways, not the least of which is improved business results,” the Teamalytics report said.