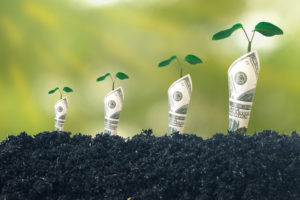 November 5, 2019 – Fountain, the recruiting platform for gig and hourly workers, has closed on a $23 million Series B funding round led by venture capital firm DCM, with participation from 51job and existing investors Origin Ventures, Uncork Capital and others. This brings the company’s total fundraising to $34 million. As part of the financing, DCM co-founder David Chao will join Fountain’s board of directors, and DCM partner Kyle Lui will join as board observer.

The vast majority of the workforce are shift-based or hourly workers. In fact, 85 percent of the global workforce, or nearly 2.7 billion people, are paid hourly, and in the U.S. alone, there are more than 80 million hourly workers. This segment of the workforce is constantly evolving because of factors like low unemployment, legislation and automation, and it’s projected that nearly one-third of today’s work will be automated by 2030, according to McKinsey & Company research. Additionally, many of these workers hold more than one job, often supplementing a primary role with other hourly or gig work. The gig and freelance economy is now growing three times faster than the rest of the workforce and will make up 43 percent of the workforce by 2020.

“It’s clear the way people work is changing, but the processes companies use to hire hourly workers aren’t,” said Keith Ryu, co-founder and CEO of Fountain. “Recruiting workers from this group is fundamentally different than recruiting for your corporate roles. Ninety percent of this population aren’t on LinkedIn, and 40 percent are unresponsive after completing an application. Many of these employees are holding down two or three jobs and need an easy, automated and mobile way to apply and interview for a new job.”

Founded in 2015 during the initial height of the gig economy, Fountain now processes more than one million applications to fill 150,000 hourly and gig positions every month for its customers, including Taco Bell franchisee Golden Gate Bell, Chick-fil-A, Lime, Safeway and more. Since its inception, Fountain has placed more than four million jobs.

“As the unrivaled leader in gig hiring and recruiting, Fountain is already reshaping the way billions of job seekers interact with employers,” said Mr. Chao. “Fountain has been exceptionally capital efficient and has best-in-class customer retention,” said Mr. Lui.

Fountain will invest this latest round of funding in research and development to accelerate product development for existing customers as well as expand its reach across businesses within the restaurant and hospitality industry.

“We’ve had immense success to date, but we’re far more excited about our future,” said Mr. Ryu. “Our team is thrilled to have the additional resources to continue helping our customers fill their talent needs, and further our mission of opening opportunities for the global workforce.”

Talent-matching platform TalentPool has secured an additional £1 million to develop the firm’s advanced candidate-matching and talent pool technology. The bespoke software solutions are designed to help public and private sector employers streamline their recruitment processes. The investment round is for TalentPool’s Alvius, the new software as a service (SaaS) division. It was led by Joe Saumarez Smith, an original investor in TalentPool and a well-known investor in early-stage disruptive technology companies.