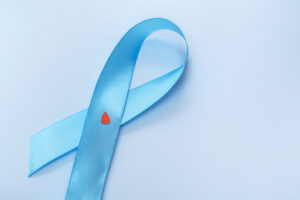 May 17, 2022 – Executive recruitment firm Furst Group, which serves the healthcare and insurance industries, has assisted in the recruitment of Charles Henderson as the new chief executive officer of the American Diabetes Association (ADA). Mr. Henderson, who served as interim CEO for the previous six months, was selected from a pool of highly qualified candidates to serve in this position. He succeeds Tracey Brown, who left the non-profit in October to become president of retail products and chief customer officer for Walgreens after serving for three years as the ADA’s CEO.

“I am confident that Charles will continue to catapult the ADA into the future with innovative practices [and] servant leadership and draw upon his successes as the interim CEO to ensure that the mission of the ADA continues,” said Chris Ralston ADA national board chairman.

“I am truly honored, and humbled, and excited about being named the next CEO of the ADA,” said Mr. Henderson. “I believe in living a life of purpose. As CEO, I have the ability to influence the increased rate in which the lives of people living with diabetes are improved.”

Furst Group, which is headquartered in Rockford, IL, partners with many of the premier healthcare organizations in the world, from providers and payers to life-science companies and private equity/venture capital firms. While Furst Group’s roots are in managed care, the firm continues to be one of the nation’s leading executive search partners to health systems, hospitals, academic medical centers, post-acute, and hospice and palliative care facilities. Its work with insurers stretches back to the HMO era, yet the firm also teams with life science, pharmaceutical, and medical device companies.

Furst Group Recruits CFO for Baystate Health
Furst Group assisted Baystate Health in Springfield, MA, in the hiring of Raymond McCarthy as treasurer and CFO. Mr. McCarthy has served as interim CFO since March. “Ray has worked tirelessly and skillfully to keep our health system financially stable during the pandemic and the accompanying recession, ensuring that Baystate Health got its fair share of state and federal relief dollars and deployed its resources flexibly and effectively,” said Mark A. Keroack, president and CEO of Baystate Health.

Earlier this year, Furst Group has assisted Providence, one of the largest health systems in the nation, in the recruitment of Ruth Krystopolski as president of Ayin Health Solutions, a population health company created to share expertise and solutions with other health systems. “We are officially setting the stage for the continuing success of Ayin Health Solutions, our population health management company and wholly owned subsidiary serving external and internal clients,” Providence said. “Ayin provides much needed services for providers, payers, government programs, and employers – especially organizations actively transitioning to value based care.”

“Ruth has the ideal skill set to take Ayin to exciting new places,” said Rhonda Medows, Providence president of population health. “Her entire career has centered around ensuring health care is affordable and accessible to all, and she is passionately driven to bring value to the communities we serve and in engaging provider and community partners to accomplish this great task.”