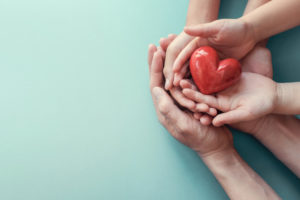 January 21, 2020 – Executive search firm Fisher Leadership has placed the new chief executive officer for Merri Health, one of the largest community health providers in the state of Victoria, in southeast Australia.

Tassia Michaleas, who had been general manager, family and community, with Merri Health, is charged with driving future growth in metropolitan and regional areas, said Melbourne-based Fisher Leadership.

“I am truly humbled and privileged to be leading our great organization in this next exciting phase of our growth and continued service excellence,” said Ms. Michaleas. “The communities we support remain at the core of our efforts and dedication.”

Ms. Michaleas presented the board with a powerful and exciting vision for the future of Merri and commitment to ensuring that the organization remain a leader, providing and advocating for high quality services, healthcare equality and continuing to strengthen Merri as an employer of choice, said the health provider.

Looking to the future of health, Ms. Michaleas will lead Merri through its 2020 strategic directions planning, in an effort to ensure responsive and dynamic services to the communities it services.

Ms. Michaleas has 25 years of experience as a senior health services leader. As general manager, she was responsible for the leadership, direction and management of Merri Health’s family and community division. The scope of Ms. Michaleas’ position included overseeing a budget of $11 million, a staff of about 120 and a portfolio of 25 programs.

Her program areas included victim’s assistance, counseling and support services, children and family services, and population health unit. In that role, she navigated a significant reform agenda within areas such as the National Disability Insurance Scheme, mental health and family violence.  Over the six years she was in the position, Ms. Michaleas grew the budget by almost 100 percent, won service contracts and expanded the Merri Health footprint into regional Victoria. She also increased divisional staff engagement and culture in 2017 by 20 percent from 2011.

Earlier with Merri Health, Ms. Michaleas oversaw programs within the counselling, support services program area.  She managed all facets of the program areas including program development, financial management, performance targets, staff and supervision of team leaders.  Ms. Michaleas developed emerging policy directions into operational outcomes, managed change across program areas to ensure development and implementation of best practice and negotiated service delivery with funding bodies. In this position she managed the successful retendering of the Victims Assistance and Counselling Program in 2009 and received rollover and additional funding for 2012-2015. Ms. Michaleas was also a member of the family violence regional steering committee and provided a number of policy reform submissions including protecting Victoria’s vulnerable children inquiry.

Previously Ms. Michaleas was engaged with Banyule Community Health Services as a team leader for a problem gambling counselling service where she held day-to day operational management responsibility for the program.

In August, Fisher Leadership  announced that its founder and director Jo Fisher would be joining forces with HR advisory and leadership specialist Michelle Loader of Advancity to expand the reach and services of the firm.

Ms. Fisher said the firm is driven to face disruption in the industry head on, sharpening its focus on bringing more diversity to the decision-making table at board level. “We were one of the first firms to insist on gender diversity in our selection processes and have since impacted leadership in cultural and linguistic diversity significantly,” she said. “Today I remain committed to advocating for greater cognitive diversity – or diversity of thought – on boards to actualize social and commercial value amidst accelerated change.”

The addition of a new managing director signals momentum in the firm’s growth and integration of the advisory and gig executive practices into local and global markets.

The ownership group consists of a mix of long-standing specialists collaborating with new talent who bring diversified skills to the search team.

Fisher Leadership, formerly Jo Fisher Executive, is based in Melbourne. Founded in 2002, it operates nationally and internationally on behalf of Australian and New Zealand organizations. The firm’s services include executive search, interim appointments, career coaching and mentoring, and leadership advisory. Fisher Leadership focuses on organizations with strategic objectives that include positive social impact, in which strong people skills, change-agility and enthusiasm for positive societal outcomes are important leadership qualities.

Check Out These Related Articles On Recruiting In the Healthcare Sector: