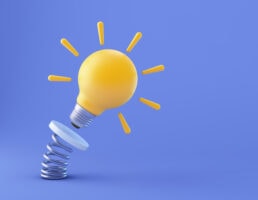 August 19, 2022 – No one enjoys losing, but there is much we can learn and take away from a loss. Steve Ziegler, founder of Denver-based executive search firm Z3Talent, recently shared a story from about a year ago in which he and his team drove an hour to kick off a search for a chief operating officer of a very visible privately held company that makes products used by celebrities and the ultra-wealthy. “We were thrilled to conduct this assignment as the company appeared to be an absolutely perfect fit for us – privately held, run by an entrepreneur, and Colorado based with an attractive story. We arrived at the meeting enthusiastic to be kicking off this search and to be partnering with this company.”

The meeting started out great, but suddenly Mr. Ziegler and his people felt the mood of the room change. “A key and influential employee was uncomfortable with a line of questioning we were presenting to their team regarding the role,” said Mr. Ziegler. “We limped through the rest of the meeting. Later during the tour of the facility, the owner assured us everything was okay, but we knew it wasn’t. The next morning, I woke up to an email from the owner saying they weren’t moving forward with us. After several days of calling, I got him on the phone. He said that they didn’t feel that we had really heard them, and they were going in a different direction. I was personally shocked and somewhat devastated as they were the ‘perfect’ client for us, and this search was in our sweet spot. It took a lot of conversations with my team, trusted advisers, and my wife to move on.”

1.  Attunement – “We came in too hard and strong and didn’t attune to the client and their personalities,” he said. “We were more concerned about what we felt was important as opposed to truly listening to their priorities. It is critical to listen and to read body language.”

2.  Don’t force it – “In a sense we tried too hard,” said Mr. Ziegler. “We wanted their business more than they wanted to fill the role. Our best partnerships aren’t ones we have to sell so hard. They come more naturally with both sides wanting to work together to find a solution.”

This experience prompted Z3 Talent to reevaluate how it prepared for client meetings moving forward. Mr. Ziegler and company committed to the following:

Said Mr. Ziegler: “While the loss was tough, my team and I learned a lot through the process and made positive changes.”

Z3Talent is a retained executive search firm for entrepreneurs, family-owned businesses, and private equity-backed companies. Mr. Ziegler founded the firm in 2014 as a small boutique firm leveraging his 18 years as an entrepreneur and executive in the human capital industry. Throughout his career, he has placed nearly 1,000 professionals spanning most industries and functions, however, his passion is partnering with entrepreneurs and investors in identifying hard to find executives for their companies.

Prior to Z3Talent, Mr. Ziegler was a part of building two nationwide executive search and RPO firms as well as working for a top five international search firm. Throughout his career, he has placed nearly 1,000 professionals spanning most industries and functions. His passion, he says, is partnering with entrepreneurs and investors in identifying hard to find executives for their companies.

Related: How to Avoid Losing a Hire During the Final Stage