Menu
View our Events
Stay Connected:
In a new report, based on conversations with more than 100 business leaders, Russell Reynolds Associates tears away the misconceptions about long-term planning for a company’s top job, and offers guidance to help deconstruct them. 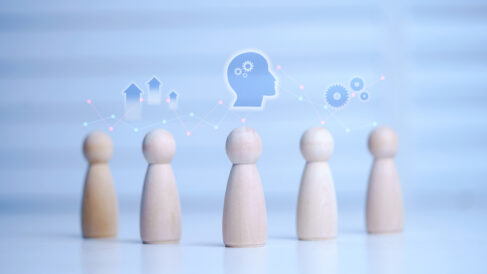 Russell Reynolds Associates spoke with board directors, CEOs, and CHROs from over 100 leading companies to better understand the current state of CEO succession planning. While there was huge variability in companies’ approach to CEO succession, the search firm identified the five most common myths related to leadership development and succession that have a considerable hold over boardroom discussions and C-suite engagement:

Myth No. 1: CEO succession plans are an off-the-shelf solution, not multi-year leadership development.

Too often, CEOs believe boards will be distracted by putting an artificial CEO succession process in place, the Russell Reynolds report found. “Or worse, they suppose CEO succession is equivalent to setting the departure date for the current CEO,” the firm said. “In reality, a genuine succession process retains and develops the best and brightest talent, creating high-functioning C-suite leadership teams. Equally important, succession planning is the best way to align enterprise value creation with leadership talents. To optimize performance today, great organizations focus on CEO succession, whereas underperforming companies defer the inevitable into the future.”

To be effective, Russell Reynolds says that CEO succession needs to focus on achieving the forward-thinking enterprise strategy, not the business realities of today, or even yesterday. “By developing internal talent through assessment, coaching, and rotational opportunities, stress testing the strategy for the future, corporations can de-risk their CEO transitions,” the firm said. “Using the future lens, companies often need to look deeper in the organization, or potentially outside, to begin developing future CEOs.”

Myth No. 2: The best future CEO looks like the current CEO.

Reality: Attempting to clone the current CEO can hinder the future success of the organization. The next CEO will require different capabilities to achieve the future strategy.

The future requires a leader with the skills and capabilities to lead in a dynamic, changing market. According to Russell Reynolds findings, a successful CEO may have shepherded the company to today’s destination; however, casting that image for the future is looking retrospectively, not prospectively. The successor CEO must address the future, not the past.

The firm notes that mistakes inherent to this perspective include:

In addition, Russell Reynolds found that the success profile for future CEOs often hinges on the current CEO’s performance. In other words, if the company is performing well, boards tend to look for the same type of leader, whereas if the company is underperforming the market, boards swing the pendulum far from the current profile.

“It is critical for boards to define the ideal profile with future market challenges and opportunities in mind, while also balancing the needs of employees and shareholders,” the firm said. “Boards need to boldly embrace the CEOs of tomorrow, creating more opportunities for diversity.”

Myth No. 3: CEO succession is not intertwined with leadership development.

Reality: Leadership development is core to CEO succession; the two are inextricably intertwined.

Companies need to place a high priority on leadership development to optimize current performance, as well as prepare for long-term CEO succession, according to the Russell Reynolds report. “This topic is often considered taboo, as it is falsely correlated with setting unrealistic timetables for the organization or the leadership team,” the firm said. “On the contrary, intense long-term leadership development is, at its core, the best preparation for future leadership roles. In fact, 70 percent of CEO searches select an internal candidate, so ensuring that the internal leadership team is well-prepared is crucial.”

Myth No. 4: Once the CEO is identified, the board’s role is done.

Reality: A disproportionate number of new CEOs fail during their first 18 months at the helm.

Prior research by Russell Reynolds shows that, on average, 13.1 percent of new CEOs leave in under three years in the S&P 500. Given the cost and investment in CEO appointments, these are expensive misses. When looking at just external CEO appointments, the numbers jump to a 17.2 percent departure rate in three years—a notable rate of failure.

4 New Rules for CEO Succession Planning
Best-in-class CEO succession planning calls for boards and CEOs to start succession planning even earlier to increase the chances that the right person will be ready for whatever scenario the company faces. According to a new report from Spencer Stuart, boards that do this well will take a multidimensional view when scenario planning, increase succession options, evaluate, and accelerate potential, and think beyond CEO succession to CEO-plus.

Research completed by Harvard Business Review and Corporate Executive Board point to a disproportionately high failure rate for new leaders; 50 percent to 70 percent of executives fail within 18 months of taking on a role, regardless of whether they were an external hire or promoted from within.5 In addition, two out of five new CEOs fail in their first 18 months on the job.

“Both research studies highlight the importance of transition plans and onboarding, regardless of whether the hire is an internal promotion or an external appointment, as well as the importance of leadership development among internal candidates, given their increased success rate,” the Russell Reynolds report said. “It is critical that the board designs a transition plan to successfully support CEO onboarding, including providing an in-depth cultural orientation, executive coaching, board orientation, and team building activities.”

Related: Meeting the Challenges of the CEO Succession Process

The firm notes that there are short-term and long-term transition activities that can pay outsized dividends and accelerate CEO impact, including:

Myth No. 5: The board and leadership team are fully aligned on future corporate strategy.

Reality: Boards and executive leadership teams are often not aligned on strategy, nor do they have access to the capital and human resources required to achieve enterprise success and mitigate risk.

The global economy was not prepared for the pandemic. That said, its impact was not unique. For decades, Black Swan events have created economic and geopolitical turmoil within major industry sectors, in turn disrupting company growth, innovation, and transformation, according to the Russell Reynolds report. “Given these unpredictable periods in the corporate lifecycle of all companies, boards and leadership teams need to be aligned on the corporate strategy to support next generation leadership development and long-term CEO succession,” it said. “This translates into creating high-functioning teams, a competitive advantage that supports sustainability, inclusivity, and innovation.”

Russell Reynolds compiled a checklist around these key myths that organizations can use to help deconstruct them:

Myth No. 1: CEO succession plans are an off-the-shelf solution not multi-year leadership development.

Myth No. 2: The best future CEO looks like the current CEO

Reality: Attempting to clone the current CEO can hinder the future success of the organization. The next CEO will require different capabilities to achieve the future strategy.

Myth No. 3: CEO succession is not intertwined with leadership development.

Reality: Leadership development is core to CEO succession; the two are inextricably intertwined.

Myth No. 4: Once the new CEO is in the seat, the hard part is done.

Reality: A disproportionate number of new CEOs fail during their first 18 months at the helm.

Myth No. 5: The board and leadership team are fully aligned on future corporate strategy.

Reality: Boards and executive leadership teams often are not aligned on strategy, nor do they have access to the capital and human resources required to achieve enterprise success and mitigate risk.