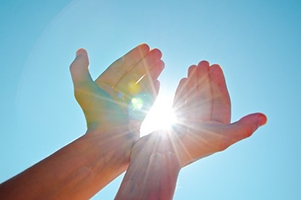 January 8, 2018 – DRG Executive Search has placed Richard E. Sebastian as the president and CEO of the Kennedy Center in Trumbull, CT.

He succeeds Martin D. Schwartz, who announced his retirement in July after almost 40 years with the organization. DRG managing partner David Hinsley Cheng led the assignment.

The national search was a joint effort between the recruiting firm and a subcommittee of eight Kennedy Center board members, chaired by vice chair Brian Csizmadia of Trumbull and co-chaired by Peter Gavey.

Michele Macauda, chairman of the Kennedy Center’s board of directors, said Mr. Sebastian was an ideal choice for the job. “With over 200 resume submissions, Richard Sebastian was chosen because he has the credentials to create growth and sustainability for the agency, embodies the persona of our leadership and embraces the values that have been the foundation of the Kennedy Center since its grassroots beginnings.”

Mr. Sebastian has more than 30 years’ experience in the developmental disabilities sector. He previously served as president and CEO of Didlake, a multistate organization based in Virginia serving more than 2,100 people with disabilities. Prior to that, he was president and CEO of Human Technologies Corp., a New York-based organization that serves 2,500 people with disabilities and behavioral health needs.

“I am humbled and eager to join the Kennedy Center Team,” said Mr. Sebastian. “I am inspired by the work to celebrate potential for all people as we continue to build upon the legacy of creating opportunity and empowering individuals and their families to lead fulfilled lives.”

The Kennedy Center, founded in 1951, is an internationally accredited, non-profit, community-based rehabilitation organization that annually serves over 2,000 individuals. The agency offers innovative, comprehensive service options to persons with disabilities and special needs, from birth to senior years.

DRG Executive Search specializes in recruiting for the non-profit sector. Founded in 1987, the firm is led by president David Edel. It has conducted searches for senior executives at many of the major national charity groups, including the Jewish Council for Public Affairs, Hillel International, Birthright Israel, NEXT and the Jewish Funders Network.

Mr. Hinsley Cheng has worked closely with over 100 boards, professionals, search committees and human resource managers. While he has diverse experience across all areas of the non-profit sector, including human services, associations and advocacy organizations, his practice centers on working with the boards of high-profile voluntary health organizations and hospital foundations.

The non-profit sector has gained economic strength in recent years, making it the third largest employer in the country. Nearly two million not-for-profits employ 10.7 million people and produce $1.9 trillion in revenue. In the past decade, employment in the sector has grown by 17 percent. With demand for non-profit talent at an all-time high, search firms have no shortage of work looking for candidates.