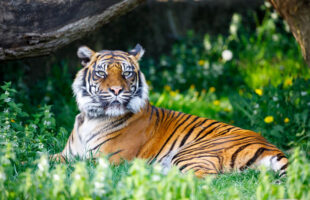 June 28, 2021 – Chicago-based executive search firm DHR International has been enlisted to find news presidents and CEOs for both the Columbus Zoo and Aquarium in Ohio and the Pittsburgh Zoo and PPG Aquarium in Pennsylvania. The Ohio search launched earlier this month with James Abruzzo, managing partner of the global non-profit practice for DHR, gathering input from zoo employees, leaders and donors and community members. If all goes as planned, candidate interviews should begin by the end of July. “Hopefully, by your September or October board meeting we’ll be able to announce — my lips to God’s ears — a new president,” said Mr. Abruzzo in a presentation to the zoo’s board, according to the Columbus Dispatch.

The executive recruitment firm was selected out of four firms, Keith Shumate, chairman of the zoo board, reportedly said. The five-person zoo selection committee is expected to regularly confer with the search firm, he said. In March, the zoo’s former president and CEO Tom Stalf and former chief financial officer Greg Bell resigned. According to one source, the leaders had made personal use of zoo assets, including homes and tickets to entertainment events. Former CEO Jerry Borin, who led the zoo from 1992 to 2008, has returned to lead the organization on an interim basis.

DHR International also recently began its search for a new leader for the Pittsburgh Zoo and PPG Aquarium. Barbara Baker, president and CEO, announced last week that she was retiring after 31 years as president and CEO in the role. She is staying on in the position until her replacement joins the organization. Dr. Baker will subsequently serve as president emeritus and a consultant to the zoo through 2022.

Zoological Society board chair Donna Hudson said: “Barbara Baker has been a ground breaker from the outset, as she came to Pittsburgh as the youngest executive in the zoo industry and one of the few women executives at that time. She has accomplished a great deal in educating people of all ages about animal and habitat welfare and conservation through the quality and variety of the zoo’s many exhibits and programs.”

“We applaud her efforts and wish her the very best as she completes her tenure as the leader of our zoo,” she added. “Over the past 30 years, Dr. Baker took over a city zoo, created a contemporary design and elevated the Pittsburgh Zoo to stay on pace with the evolution of best practices in the zoo industry. We are excited about the prospects ahead for the next generation of zoo leadership that we hope to identify by the end of this year.”

A veterinarian, Dr. Baker’s tenure at the Pittsburgh Zoo includes many significant achievements, including becoming its first president and CEO following the successful privatization of the zoo in 1994 and the creation of the Allegheny Regional Asset District, ensuring a solid base of funding for the future. Under Dr. Baker’s leadership, the zoo became the most visited cultural attraction in the region, with guest visitation doubling and achieving peak attendance of more than one million visitors.

Since 1989, DHR International has been a leading, privately held provider of executive search solutions with more than 50 wholly-owned offices spanning the globe. DHR’s consultants specialize in all industries and functions, providing senior-level executive search, management assessment and succession planning services tailored to the qualities and specifications of its client base.