Menu
View our Events
Stay Connected:
A new report by Egon Zehnder explores how women and men at various leadership stages view diversity, great leadership and how they prioritize their work/life balances. Let’s go inside this new study. 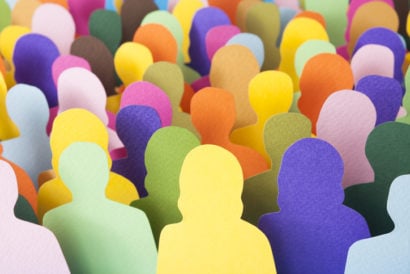 April 1, 2019 – Traditional gender stereotypes about men’s and women’s roles in the workplace and at home have helped to create overarching assumptions about what truly matters to each gender when it comes to careers, how to define great leadership, and expectations about diversity in the workplace.

Many of us have also been quick to define entire generations by their stereotypical and cultural traits. Millennials are often characterized in two ways — either as an entitled and lazy generation or as idealistic and tech-savvy. The same can be said for Baby Boomers; competing narratives include the out-of-touch person who struggles to adapt in digital times or the loyal and hardworking executive.

How many of these gender and generational stereotypes are true? And does where we live in the world impact our views? As part of Egon Zehnder’s Leaders & Daughters initiative, which convenes both experienced and emerging female leaders to explore the professional opportunities, challenges, successes and obstacles they face, the firm sought to find out just how differently genders, generations, and geographies define success and leadership.

Egon Zehnder surveyed more than 2,500 women and men with a range of leadership experience across seven countries — Australia, Brazil, China, Germany, India, the U.K., and the U.S.  The firm asked how they defined great leadership, the importance of a diverse organization, and how they prioritize and balance their professional and personal lives.

The findings challenged traditional assumptions by showing that when it comes to leadership, we are much more closely aligned than most would believe. Men and women often had similar views, with greater distinctions between generations, geographies and experience level. The generational findings also underscored the growing need for businesses to evolve workplace processes and policies to adapt to the changing professional and personal priorities of younger leaders.

One of the most unexpected results of Egon Zehnder’s report was that women and men had such similar perspectives on leadership. At the same time, however, the study found distinct differences between generations.

Egon Zehnder found that across genders, geographies and generations, respondents wanted ethical leaders who are driven by strong beliefs and values (45 percent), strategic leaders who have a clear idea of what they want to accomplish and how to do it (45 percent), and humble leaders who are able to admit when they’ve made a mistake (43 percent).

In your view, what qualities help leaders to create the strongest organizational cultures? (Respondents ranked their choices from most to least important.)

While Millennials said they gave humility great value, Egon Zehnder found that they were less concerned about integrity and honesty. Honest leadership was less important to those under 45 years old — only 21 percent selected this as the top leadership quality — compared to those over 45, 30 percent of whom said this was the most important quality.

Search Firms Step Up Diversity Recruiting Initiatives
Organizations that unleash the potential of diverse talent innovate faster and see better business results. Executive search firms are no different and have been stepping up their own efforts in diversity. Let’s examine recent initiatives underway at Caldwell, Korn Ferry and Heidrick & Struggles.

Egon Zehnder also found that a high number of respondents also believed that their organizations valued diversity of thought, with 69 percent overall saying their companies genuinely believed in different ways of thinking and unique approaches to solving problems. There were no significant differences between genders, but younger generations tended to believe this slightly more than older ones, with 71 percent of those under 35 agreeing, compared with 68 percent of those 55 and older.

First, an important finding was that C-suite aspirations have nearly evened out between men and women, with 27 percent of women looking to reach the C-suite compared with 31 percent of men. It’s worth noting, however, that women have a more difficult path ahead. Egon Zehnder’s global board diversity tracker shows women make up just 3.7 percent of CEOs and 12.2 percent of CFOs globally. Millennials were the most aspirational group, with 33 percent hoping to reach the C-suite compared with 13 percent of Boomers (the global average was 29 percent).

Brazil had the highest number of respondents seeking a top organizational role (41 percent), followed by India (40 percent) and China (32 percent). The U.S. (25 percent), the U.K. (21 percent) and Germany (9 percent) had the fewest respondents aspiring to reach the C-suite. These statistics echo Egon Zehnder’s 2017 study in which Brazil, China and India took the top spots for C-suite aspirations.

Egon Zehnder found some compelling results emerge when looking at statistics by organizational level. Just over half of current senior leaders said they aim to reach the C-suite (51 percent), while the numbers for junior leaders (14 percent) and mid-level leaders (20 percent) are significantly lower, a surprising result for people so early in their careers. Perhaps some of these leaders cannot see a clear path to advancement or they simply do not want to be at the top levels of their organization.

Regardless of motivation — or the lack of motivation — Egon Zehnder said this waning ambition could lead to heightened employee turnover and a dearth of leaders with institutional knowledge of their organizations. Another revealing finding was that respondents who had children (33 percent) were more likely to have C-suite ambitions than those without children (22 percent).

Egon Zehnder also asked respondents to rank their motivations for working. Boomers were the most concerned about being able to provide for themselves and their families — 45 percent ranked this as their primary motivator. Male Boomers were particularly motivated by this factor — 51 percent ranked it first — compared with 34 percent of female Boomers. It was significantly less important to millennials (24 percent), perhaps because they may not have families to think about yet, and somewhat less important to Gen Xers (32 percent).

Related: What Do Millennials Value Most?

Egon Zehnder found that the barriers manifest differently based on generation, geographic location and job title. Significantly, 38 percent of C-suiters believed conscious or unconscious bias from peers has been a barrier. The highest reports of bias came from China and India (40 percent), with the lowest in the U.K. (26 percent). Generationally, Millennials were more likely to have said that conscious or unconscious bias has been a barrier (36 percent), compared with Boomers (26 percent). Gen X was in the middle, with 32 percent citing this as a barrier.

Millennials also showed a strong desire for mentoring and sponsorship. When Egon Zehnder asked about factors that have limited their opportunities at work, more than twice as many millennials (35 percent) as Boomers (17 percent) said that a lack of mentors or sponsors has been a barrier to their own career success.

Yet for all of the struggles with bias, Egon Zehnder said that the news was better when the firm asked about balancing work and life. Most respondents (82 percent) said they always or frequently were able to strike the right balance between personal and professional responsibilities. Millennials were more likely to say their work and life demands were in balance (87 percent) than Gen Xers (80 percent) or Boomers (78 percent). Egon Zehnder said that this sentiment may fuel younger generations’ more inclusive approach to blending their personal and professional lives, which allows them greater flexibility in pursuing what matters to them.

Related: How to Accommodate Millennials as Workplace Demographics Shift