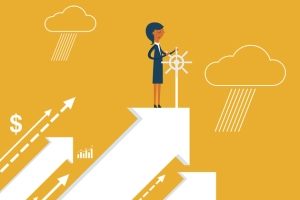 May 29, 2019 – Declare, a community-driven leadership platform designed to transform how women learn, work and lead, has officially launched. The organization is composed of two core components, “Declare Lead” and “Declare Search.” Previously, the organization operated as Parity Partners.

“Declare is committed to advancing female leaders and gender equality in the workforce,” said Beth Haggerty, co-founder and CEO of Declare. “Since inception, we’ve built an unparalleled community of successful women who, through networking and strong curriculum, will achieve greater career heights. Our firm envisions a society where diversity and inclusion are not agenda items for a corporation, but a part of the DNA of every organization.”

Since beginning to build a grassroots community in 2016, the company has focused on advocacy, awareness and recruitment to close the gender and minority leadership gap in a variety of industries, such as technology, asset management and other financial services.

Declare Search has guided its clients through landmark diversity initiatives. Over 85 percent of its completed searches have resulted in positioning women and diverse talent in senior leadership roles. Using its proprietary database of 15,000 diverse candidate profiles, Declare Search works to assist its clients develop and retain successful teams. It specializes in conducting searches at senior levels across a broad span of functional roles and industries.

Reaping the Benefits of Female Leadership
According to a report from Boyden, 63 percent of C-suite and executive participants in German-speaking Europe, 75 percent in the Nordic region and 86 percent in Southern Europe report that access to top management roles is more difficult for women than for men. No surprise there.

“Goldman Sachs Launch With GS umbrella, is delighted to align with Declare,” said Jemma Wolfe, head of Launch With GS. “Goldman Sachs has committed $500 million to support women founders and investment managers. Our sponsorship of Declare helps further that mission by connecting us to a vibrant network of investors while boosting the skills of women across our firm.” 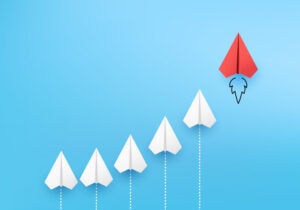