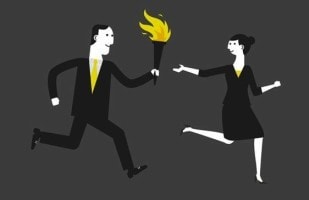 October 9, 2015 – The Woodlands, TX-based executive search firm D. Hilton Associates has recruited John Bissell as president and chief executive officer of Greylock Federal Credit Union. He succeeds Marilyn L. Sperling, who has served as the company’s president and CEO for the past four years.

Nine candidates were chosen for review by the search committee and ultimately an internal candidate was selected in Mr. Bissell, who had previously served as an executive vice president with the company. He becomes the seventh president and CEO in Greylock’s 80-year history.

Mr. Bissell joined Greylock in 2003 as VP of marketing and human resources. He was promoted to senior vice president in 2007 and later EVP in 2010. His Volunteer roles have included serving on the Colonial Theatre board, chairing the Berkshire United Way board of directors, and founding Pittsfield Promise, an early literacy initiative.

Board chair Jerry Burke said that Mr. Bissell’s leadership experience within the Credit Union and in the community were deciding factors in the selection.

“Marilyn has done an outstanding job of improving Greylock’s financial strength and building a strong team over the past five years, and John has been her strong partner throughout that process,” he said. “John is well-recognized as a passionate and effective leader in the community. He understands Greylock’s unique connection to Berkshire County, and how important it is for us to make business decisions with an eye to the greater good.”

Ms. Sperling, the outgoing CEO, added: “John and I have worked closely together for many years. We share the same values and the same vision of Greylock as a key partner in helping to improve the financial lives of the people in Berkshire County. I’m delighted to be leaving Greylock in John’s very capable hands. He will be leading from a very solid foundation with his knowledge and experience.”

Greylock Federal Credit Union is a top auto and mortgage lender. Its membership is open to anyone who lives, works, attends school, worships or regularly conducts business in Berkshire County. Greylock is wholly owned by its more than 70,000 members and offers full-service branches in Pittsfield, Great Barrington, Lee, Adams, North Adams, Williamstown and Lanesborough.