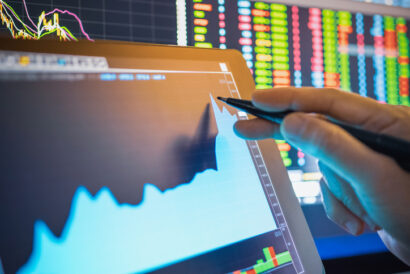 May 3, 2021 – Two years ago, when Caldwell and IQTalent Partners first started working together, it was nothing particularly out of the ordinary. Toronto-based Caldwell was looking for research support when one of the firm’s partners recommended the technology-driven talent acquisition solutions firm in Nashville, TN. So it was that Caldwell enlisted IQTalent Partners to help augment its Caldwell Advance business, which focuses on emerging leaders, and for strategic assistance with some of its executive search teams. “We had a great experience,” remembers Chris Beck, Caldwell’s president. “The quality of work and responsiveness was fantastic. Six months after that introduction we started talking with founders Chris Murdock and Tom Milic, and then David Windley, the president, and one thing led to another.”

Caldwell had been looking to expand and diversify and saw in IQTalent Partners the potential to broaden its services for clients, particularly when it came to technological advancements for search. As fate would have it, IQTalent Partners had been rapidly growing and was looking for investment. “That’s initially when Chris Beck was introduced to me,” says Mr. Windley, a former head of human resources at Yahoo! “And, so, we started a discussion from that perspective. But then as we were working together and seeing the synergies, it made more and more sense to ultimately just merge.”

Caldwell’s acquisition last December of IQTalent Partners marked the beginnings of a technology-driven talent acquisition firm that joined the special strengths and expertise of each organization to provide recruitment, among other offerings, for virtually any level. From the very beginning, the synergy was undeniable: Caldwell provides retained executive search at the very highest levels, in addition to its Caldwell Advance offering for mid-level executives. IQTalent Partners offers research, sourcing, and recruitment at all levels on an hourly, on-demand augmentation model. It also offers substantial technological research capabilities that could apply across the combined firm.

“If you look at the combination of Caldwell and IQTalent Partners, we can go to a company now and say we really have a complete solution for your talent acquisition/recruiting needs, from the entry-level professional all the way up through the C-suite and the board,” said Mr. Windley. “From a talent acquisition recruiting perspective, we can be a partner for anyone that’s responsible for talent acquisition: We can augment their team; we can do executive search; we can provide IQTalent Exchange for passive-talent research. So any of their needs.”

“In some ways we feel we are developing a new category,” said Mr. Wallace. “I’ve been in the business for 25 years, and I’ve never seen a firm like IQTalent Partners. The delivery mechanism, the amount of professionalism, the work they do is extraordinary. There’s an incredible alignment of our two firms – both cultures are wholly focused on excellent client service and quality execution, which will translate to extraordinary results for our clients.”

Caldwell’s 2021 second quarter financial results, released in early April, provide an early indication of just how savvy the move is proving to be: Quarterly revenue climbed to $24 million, a 33 percent jump over the prior quarter – and this was during a pandemic, no less. Meanwhile, year-over-year revenue for the quarter grew 39 percent, the highest in the firm’s history. And year-over-year revenue for the fiscal year-to-date saw an increase of 19 percent. New business booking activity has been steadily rising this fiscal year, the firm says, and that growth has continued into the third quarter.

For Caldwell, the biggest attraction was IQTalent Partners’ technological strengths, from its proprietary candidate and management process system as well as its nascent AI-driven passive candidate marketplace known as IQTalent Exchange (IQTX). “We’ve been doing a lot of searches; we’ve been building up our database,” said Mr. Windley. “We also take advantage of data aggregators, so we’ve got access to 300 million profiles. But the way we describe it is that we have access to anyone in North America who has a public profile. If anyone needs to find passive candidates, they can go to IQTX, drop in their job description, and then with some artificial intelligence and human curation we will produce a list of people who fit the qualifications and that have contact information and then we serve that up to our clients.”

Beyond continuously developing the product and its capabilities, the leaders also expect to find plenty of opportunities for Caldwell to integrate certain aspects of IQTX for their clients as well.

The leaders at Caldwell understand that while the high-touch nature of executive search insulates the industry a bit from the impacts of technology, the potential for disruption remains. More and more client companies, for instance, have been able to leverage LinkedIn and other technologies to run in-house recruitment operations, which have shifted assignments away from search firms. “So rather than fight that, our approach has been, ‘Let’s ride that wave,’” said Mr. Beck. “And that was when David Windley came along with IQTalent Partners, and that’s what they do – leverage technology to help augment clients’ internal talent acquisition teams.”

Caldwell Acquires IQTalent Partners
Caldwell recently signed an agreement to acquire IQTalent Partners. “For 50 years, Caldwell has been connecting clients with transformational talent. With this merger, we are setting our sights on transforming the world of talent,” said CEO John Wallace at the time of the purchase. “IQTalent Partners’ unique service model and innovative use of technology, paired with Caldwell’s expertise, network and resources will allow us to serve our clients in a more integrated fashion and allow us to have a greater impact on their long-term success, which remains our primary mandate.”

“Our merger with IQTP represents a transformational event for the firm as we evolve into a technology-focused recruitment model for the benefit of our clients,” Mr. Wallace said. “Our vision for our two organizations, working together, is for IQTP to be a constant presence at our clients, providing recurring talent acquisition support, while Caldwell will continue to be engaged for higher-level retained executive searches not in the purview of the in-house teams. Together, we provide a seamless integration of talent acquisition solutions at all levels for our clients.”

Mr. Beck points to one of Caldwell’s clients, a prominent tech services company for whom the firm conducts five to eight searches a year. There’s work every year, explains Mr. Beck, but assignments come episodically. “And what IQTalent Partners brings is a recurring revenue stream and a continual presence in that internal talent acquisition team so that our mutual client now is leveraging IQTalent Partners, which is, in turn, leveraging technology,” said Mr. Beck. “When they have those truly outsourced senior executive searches, they turn to our executive search team, and now we’re all in there together communicating.”

The merger also opens up new territories for Canada-headquartered Caldwell, which beforehand primarily served North America and Europe, with additional offices in Sydney, Australia and Auckland, New Zealand. “On the other hand, IQTalent Partners is working literally all over the world,” says Mr. Wallace. “So that in many ways is going to extend the reach that we haven’t had up until now.”

In looking to grow over the past few years, Caldwell has eschewed buying another search firm in favor of organic growth, bringing in one partner at a time. “And we’re going to continue to do that on the Caldwell executive search side,” said Mr. Wallace. “But if you look on the IQTalent Partners side, excluding the pandemic, their compounded annual growth rate has been around 45 percent. So, we believe, that we’re going to be a significant contributor as a total team now, a total organization, to continue to leverage and fund the sort of growth that we believe IQTalent Partners will be capable of doing in the coming years ahead.”

In many ways, the synergies are so strong, particularly regarding culture, that many of the typical challenges that such mergers pose, such as integrating operations, have been minimal. There has been no downsizing or rightsizing, nor has anyone felt the need to impose control. “There will be bumps,” said Mr. Wallace. “There always are. We’re merging the financial systems for clarity and efficiency, which will also help our colleagues at IQTalent Partners spend more time with their clients. There’s already eminent trust between the leadership, and we’re really just making sure that we manifest the strengths of the companies and not trying to get into making things different.”

The biggest challenge, according to Mr. Windley, is one that a lot of businesses would like to have: IQTalent Partners was already surging in the six years before the firms joined forces. Now, with the addition of Caldwell’s power, resources and referrals, business is only going to keep getting busier. “Our biggest challenge is growth, managing that growth, and making sure we continue to hire the quality talent to do that,” said Mr. Windley. “And as a combined company that’s a good challenge to have.”