Menu
View our Events
Stay Connected:
Middle-market companies have lost value thanks to the pandemic, but much less so than that of S&P 500 businesses. All the same, they have a tough fight ahead, according to a new report by Tatum: Fifty percent of middle-market executives surveyed report that the crisis has had a major impact on their organization. Many said that major restructuring is expected, and that leadership change will be the order of the day. That is good news for recruiters. 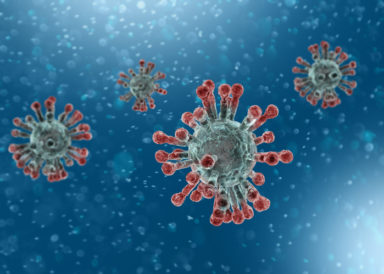 November 9, 2020 – Middle-market companies, defined as companies with revenues between $10 million and $1 billion, occupy a unique position in the U.S. economy. They make up roughly one percent of all businesses while accounting for more than 30 percent of U.S. GDP. Considering that outsized influence, how they’re faring in the face of COVID-19 and the speed with which they’re able to get back on their feet will have wide-ranging implications for U.S. economic recovery.

A new report by Tatum examines how the global pandemic affected middle-market companies and what the prognosis is as we start to pivot into recovery mode.

The middle market is extraordinarily resilient. That was true in the aftermath of the Great Recession of 2008, when middle-market companies were the primary drivers of job growth in the U.S., and it’s true in the context of COVID-19 today. In fact, early reports indicate that the value of middle-market companies has declined due to the pandemic, but to a significantly lesser degree than that of S&P 500s: 7.5 percent vs. 16 percent, respectively.

That said, the Tatum report said that “distinct challenges remain for middle-market companies as they shift toward recovery.” In one large survey of more 250 middle-market executives, respondents didn’t mince words: Half described the overall impact of COVID-19 on their companies as “major.” Another 44 percent said major restructuring would likely result.

Zoom in on the results of the survey a bit closer, and specific leadership challenges start to emerge:

“These answers reveal that middle-market companies may be confronting deeper issues than those brought on by the global pandemic alone,” the Tatum report said. “Is it possible that leadership is amplifying the worst effects of the crisis, rather than dampening them? In a deeply uncertain environment, businesses should at least be able to act with confidence about what goes on within their walls. It is troubling if, as the survey appears to indicate, that is not the case at some middle-market companies today.”

Emerging Trends in the Recovery Phase

Two trends are emerging for middle-market companies as they push toward recovery. First, Tatum pointed to curtailing plans for market expansion until the economy shows signs of bouncing back.

That is, middle-market companies are scaling back the market expansion initiatives that they had planned going into the first quarter of 2020. “We’ve seen this across the board, albeit with one wrinkle,” the Tatum report said. “Interestingly, if perhaps not altogether surprisingly, given their traditionally different appetites for risk, family-owned middle-market companies are proceeding far more cautiously than those backed by private equity. Among the former, 78 percent are putting market expansion plans on ice, compared to 60 percent of the latter. And, in a similar vein, family-owned middle-market companies appear far more likely to delay capital spending in the near term than their private equity counterparts.”

Related: Leadership and Succession for the Next Normal

Strategically scaling back may be the big-picture trend, but Tatum said that doesn’t mean opportunities have simply evaporated for middle-market companies in the near term. Private equity firms have been stockpiling dry powder, and with the onset of the global pandemic, they may have a chance to use it.

The other significant trend Tatum observed is that with a lot of deals on hold, internal change may be the most viable approach to strengthening middle-market companies. In fact, nearly one in three has indicated that senior leadership transitions are likely in the foreseeable future. “From a leadership standpoint, it’s also noteworthy that almost one in 10 middle-market executives identified lingering operational issues around IT infrastructure and communications — areas that really should be in pretty robust shape at this point,” the report said. “So, if progress on any of those fronts appears to be lagging, leadership change is probably the order of the day.”

Despite clear challenges, the Tatum report said that middle-market executives are by and large confident about their ability to land on their feet in the near term. Four out of five said believe they will be able to resume normal operations within six months, according to one survey. So far, the demonstrated resilience of middle-market companies in the face of the global pandemic is certainly grounds for optimism.

Yet for many companies, the nature and meaning of “normal operations” itself remains uncertain and may be subject to additional change. “Many middle-market portfolio companies have pivoted since the onset of the pandemic, rapidly mobilizing to deliver on pressing public health needs,” the Tatum report said.

COVID-19 and Its Impact on Human Capital
A new report from Tatum, authored by Richard Wilcox, provides firsthand insights into not only the impact that COVID-19 is having on consulting firms, but also the downstream ramifications he sees coming for human capital. Let’s take a closer look.

For example, Hilding Anders, acquired by KKR in 2016, had been a mattress company until COVID-19 hit, at which point the PE-backed company began manufacturing surgical masks. Similarly, UBTECH, a robotics company backed by Qiming Venture partners, is now building AI-powered temperature-detection tools to help screen for the virus. In the interim, how long any of these new business models will stay — and equally, how long demand for these products will remain sky high — is impossible to say.

Related: Coronavirus and the People Pandemic: Should You Stop Hiring?

However, the Tatum report said that when things shake out, all middle-market companies will look to address questions like:

The Tatum report said that “given the outsized influence of middle-market companies on U.S. GDP, when and how middle they respond to these prompts will not only determine the success of their own recoveries — but that of the U.S. economy at large.”

Middle-market companies have long been engines of growth for the U.S. economy, and Tatum said that’s perhaps more true today than ever. To be sure, COVID-19 has impacted these companies in salient ways. Notably, it has:

“But if history is any guide, middle-market companies are more than capable of handling these challenges and more,” the Tatum report said. “Those that act decisively and strategically will likely emerge on the other side of the crisis stronger than they were going in.”