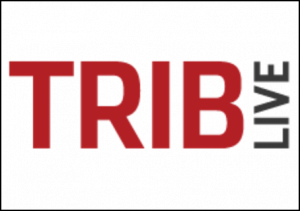 September 24, 2016 – Taxpayers and students at Pennsylvania’s 14 state-owned universities have paid more than $1.5 million during the past six years for a continuous series of searches culminating in the hiring of 12 university presidents and one system chancellor.

And the tab is still running.

A presidential search under way at West Chester University, the largest school in the Pennsylvania State System of Higher Education, and one soon to begin at Cheyney University, the system’s smallest, will drive costs higher — even as campuses struggle to recover from declining enrollment and a drastic reduction in state subsidies. As at the University of Pittsburgh, Penn State and hundreds of other schools across the country, trustees at PASSHE universities rely upon professional headhunters to guide lengthy, national searches cloaked in secrecy to find the perfect fit for the president’s office. But faculty leaders and organizations that study university governance say the pricey process, which has yielded Pennsylvania university presidents from as far away as Alaska and as near as an on-campus office, is flawed.

University trustees need to remember that their most important duty is to select, evaluate “and, if necessary, terminate the president,” said Michael Poliakoff, president of the American Council of Trustees and Alumni.

Ceding responsibility for much of the search to outsiders is troubling, he said.

Although state system universities include faculty on search committees, members must sign a confidentiality agreement that prohibits them from discussing the search or quietly putting out feelers to trusted colleagues elsewhere who may know the candidates.

“We think there is too much money being spent, and we don’t generally feel we have much of a say,” Mash said. “We certainly seem to have a number of campuses where the presidency is a revolving door, and that’s not necessarily healthy.”

“I believe our feeling is the firms help us to identify, attract and recruit the best possible pool of candidates. We always conduct national searches, and it is important to cast a wide net into to ensure you have the largest possible number of qualified candidates to choose from,” Marshall said.

Students and faculty at Edinboro University underwent two presidential searches in three years at a cost of $264,507. The school, south of Erie, may feel the air moving from former President Julie Wollman’s exodus. After taking the job in June 2012, Wollman announced her resignation last fall to become president at Widener University, a private school in suburban Philadelphia.

Edinboro trustees hired H. Fred Walker, a former dean at Rochester Institute of Technology, as her replacement. He started July 1.

At California University, costs totaled $111,000 for a recent national search for a new president. The process was fraught with stops and starts, including the last-minute withdrawal of an unnamed candidate and trustees rejecting the final recommendation from a search committee drawn from the university community.

The search culminated in the appointment of interim President Geraldine Jones, a Cal U administrator who has spent four decades at the school.

Larry Maggi, chairman of Cal U’s council of trustees, did not return calls for comment. Barbara Hess, president of the local faculty union, cited a confidentiality agreement in declining to comment.

Trustees at PASSHE universities can select from 20 search firms approved by the state system administration.

Pre-approved contracts state the firms can be tapped for searches for senior academic and administrative job openings as well as presidential searches. Minimum payments are listed as one-third of the candidate’s first-year salary or $60,000, plus expenses.

“It’s moving at an astronomical rate. There’s so much money involved at a university if you’re hiring a president or a head coach,” Harris said. “When you’re spending that kind of money, you want to make the right choice.”

Harris explained that firms do much of the legwork, recruitment and vetting of candidates.

Even then, some searches founder, Poliakoff said.

“I’ve certainly seen examples of very poor choices in searches that were led by firms. At Penn State, there was a candidate on the cusp of being hired when the university found there was a scandal. The approval got pulled that day. The landscape is littered with similar disasters,” Poliakoff said. “The moral of the story is that boards need to be vigilant and involved, rather than feeling insulated from duty or accountability by paying a search firm.”

He and colleague Judith Wilde, a higher-education expert and senior associate dean and chief operating officer at George Mason’s Schar School of Policy and Government, used open records laws to obtain documents for a study detailing 61 searches nationwide for presidential or other high-level academic posts in 2015-16.

The researchers found the cost of search firms averaged $79,000 and went as high as $160,000. Although firm fees made up the bulk of the tab, additional costs for travel and related expenses typically add thousands of dollars to the final bill.

The use of search firms has exploded in the past 15 to 20 years and is changing the landscape in academia, Finkelstein said.

Most candidates work elsewhere and have increasingly demanded secrecy regarding their interest, experts said.

Wilde and Finkelstein said their research suggests such demands strip universities of one of their most effective methods of vetting the candidates.

“The most comprehensive and efficient due diligence is the faculty grapevine. It cuts across disciplines and institutions,” Finkelstein said. “And the faculty has a vested interest in ensuring they get someone as president or provost or dean who is going to take the university forward in a way that promotes the values of the university.”