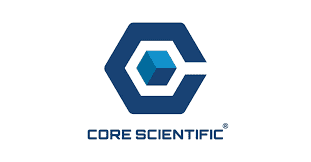 August 9, 2021 – Following a nationwide search, Seattle, WA-based Reffett Associates has assisted with the selection of Steve Gitlin as the new vice president of investor relations for Core Scientific, a leader in infrastructure and software solutions for artificial intelligence and blockchain. The assignment was led by William Reffett, managing partner and founder, with assistance from Marshall Reffett, managing director of the firm’s Seattle office

Mr. Gitlin will report to chief financial officer Michael Trzupek. He will be responsible for leading Core Scientific’s transition to a publicly traded company, as well as communications with investors.

Mr. Gitlin previously served as vice president, investor relations and chief marketing officer for unmanned aircraft manufacturer AeroVironment. He received his bachelor’s degree in political science from UCLA, an MBA with a focus on marketing from the Wharton School of the University of Pennsylvania and a master’s in international management with an emphasis on Latin America from the Joseph H. Lauder Institute at the University of Pennsylvania. Prior to joining AeroVironment in 2002, Mr. Gitlin worked as a management consultant for the aerospace and telecommunications industries.

Core Scientific is a leader in infrastructure and software solutions for artificial intelligence and blockchain. Led by co-founder and CEO, Mike Levitt, the company has rapidly attained a prominent position in an increasingly distributed and digital world, while also serving a range of industries. It is currently the largest digital asset mining infrastructure provider in North America, while being 100 percent carbon neutral.

On July 21, Core Scientific and Power & Digital Infrastructure Acquisition Corp. , a publicly traded special purpose acquisition company, announced that they had entered into a definitive merger agreement by which XPDI would acquire Core Scientific. The combined company is expected to operate as Core Scientific, and remain a publicly listed company on the NASDAQ stock market.

Mr. Gitlin will help lead them through this process.

Last October, Reffett Associates also assisted in the recruitment of Mr. Trzupek as Core Scientific’s CFO. Mr. Trzupek was formerly with Microsoft serving as a senior director of finance in the entertainment and devices organization.

William Reffett has identified and placed key executive leaders for major companies across the U.S. Previously, he was a vice president and partner with Korn Ferry, where he was responsible for initiating the firm’s national supermarket practice. Additionally, he was a member of the firm’s national specialty retail practice, where he focused on companies along the West Coast.