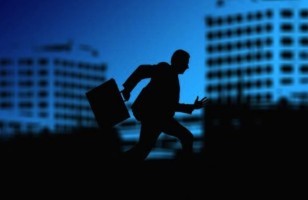 December 17, 2015 – Many companies in growth mode have been focusing on key strategic hires to support their expansion in 2015. But while an average of 230,000 new jobs were created monthly this year in the overall labor market, the hiring process has slowed in the executive, managerial and professional sector, according to new data from the latest ‘Recruiter Sentiment Study’ by MRINetwork.

The bi-annual employment landscape survey, which polled 446 worldwide recruiters, reveals it is now taking longer for candidates to receive an offer — three to six weeks from the candidate’s first interview, compared to one to four weeks in previous years of the survey.

Lengthy hiring practices are common among many employers, but a further extension of the process suggests that recruitment may be competing with employee retention efforts. Employers, it seems, have been making fundamental changes to their talent management practices to prevent their best people from leaving for other opportunities.

For many companies, an extensive, drawn-out approach to hiring is a protective measure kept in place from the recession, but it is no longer an effective practice when recruiting  top candidates who expect a swifter process. This is particularly the case in senior level hiring which has become increasingly candidate-driven. The talent supply, say recruiters and talent acquisition professionals, is simply not keeping pace with demand, especially among American companies. And, of course, a tighter talent supply is leading to pressure on compensation packages.

As the hiring process has lengthened, rejected job offers have continued to rise and a growing number of companies are losing shortlisted candidates who decide to join other organizations.

According to the survey, 44 percent of participants listed “accepted another offer” as the primary reason for offer rejections, up from 37 percent in the first half of 2015.

The close relationship between the time to hire and the availability of skilled candidates was further supported by recruiter insight about what is holding managers back from hiring. Lengthy hiring practices (27 percent) and an inability to find suitable talent (31 percent) were listed as the top reasons keeping managers from hiring.

Additional highlights and conclusions from the MRINetwork survey:

Other reports have shared similar findings. A recent talent report from Glassdoor Economic Research, “Why Is Hiring Taking Longer?” found that the time required for a candidate to progress through the hiring process has increased dramatically in recent years.

Other hiring screening techniques that have become more common include skills tests (23 percent today vs 16 percent in 2010), drug tests (23 percent vs 13 percent) and personality tests (18 percent, up from 12 percent five years ago).

Jobs that take the longest for candidates to go through the hiring process were typically government, academic or senior executive positions. In the U.S., senior vice presidents report one of the longest processes (55.5 days).

“Right now hiring delays can represent money left on the table both for workers and employers. There has been surprisingly little research on ‘interview durations’ from the job seeker’s perspective, and how company HR policies influence delays in job matching throughout the economy,” said Dr. Andrew Chamberlain, Glassdoor chief economist. “This Glassdoor research report helps fill this gap by providing new insights about the time required for job matching from the individual job seeker’s perspective.”

Other reports have found different reasons for slow hiring, including a lack of available quality talent. ManpowerGroup’s recent ‘Talent Shortage Survey’ found that 32 percent of U.S. employers reported difficulties filling job vacancies due to talent shortages. Globally, the study found that the percentage of employers experiencing difficulties continues to rise, increasing from 36 percent in 2014 to 38 percent in 2015.

Hiring managers report the most severe talent shortage is in Japan (83 percent). Around two in three employers report difficulty filling jobs in both Peru (68 percent) and Hong Kong (65 percent), while talent shortages are an issue for 61 percent of employers in both Brazil and Romania.