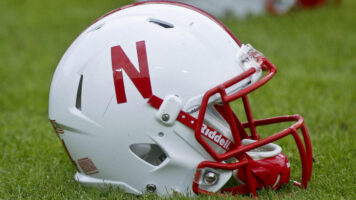 September 26, 2022 – Raleigh, NC-based Collegiate Sports Associates has been called in to conduct the search for the next head football coach at the University of Nebraska. Scott Frost, who had coached the Cornhuskers since 2018, was fired following the team’s loss to Georgia Southern in the third week of the season. The team suffered 31 losses during his tenure. The situation was “so dire in the once-proud football program that athletic director Trev Alberts made the move only three weeks before (Frost’s) contract buyout would have been cut in half,” said the Associated Press.

Mickey Joseph, the team’s associate head coach and wide receivers coach, was named interim coach. Mr. Joseph, Nebraska’s first black head coach in any sport, signed a restructured contract in the wake of Mr. Frost’s firing, which assured him he would be retained in the event the head coach role went to someone else, according to Sports Illustrated. He is receiving a $33,350 per month stipend for the interim role, the magazine’s website reported, in addition to his $600,000 salary, as well as numerous incentives.

“This will be an important task for the firm to find the right fit for Nebraska,” said the college football website Saturday Tradition. “The search firm will help Nebraska conduct the search over the next few months….Nebraska is looking for a head coach who can bring the program back to national prominence.”

Heartland College Sports, an independent Big 12 sports blog, says that money is no issue for Nebraska in filling the role. “Now, two weeks removed from his firing and a blowout loss to Oklahoma later, the Huskers are starting to zero in on some serious targets for their head coaching vacancy,” the website said. “If you ask some sources close to the program the main target, and eventual hire, will be none other than Baylor head coach Dave Aranda. Among many candidates, Aranda is reportedly near or at the top of Nebraska’s short list, and according to Locked On Baylor, the Huskers will be ‘throwing the kitchen sink’ at Aranda and expect him to be receptive of their pitch.”

“Nebraska has the means to sign Aranda to a lucrative deal, but is he willing to leave Waco?” asked Heartland College Sports. “All he has done to this point is reassure Baylor brass that he isn’t going anywhere, and signed a major extension this past offseason to keep him with the Bears through 2029, but since Baylor is a private institution, financial terms of the deal were not disclosed.”

Mr. Alberts, Nebraska’s athletic director, has denied the various rumors he has read about the vacancy, according to the Omaha World-Herald. “I don’t know that I’ve seen anything that’s accurate,” he said. “I’m serious. I have not yet read anything that I would say is accurate.”

“I’ve reached out to several of my colleagues,” said Mr. Alberts. “I have talked to a couple folks — not mentioning any names — but the feedback is there’s no reason why Nebraska can’t be successful. We have so much going for us.”

Among the incentives to come to Nebraska’s program is the university new football building that will open next year. “I don’t know of many places that’s going to have $165 million facility coming online that we think has an opportunity to be the best development facility in the country,” said Mr. Alberts.

Among its previous placements, Collegiate Sports Associates has helped recruit athletic directors for Boston College, the University of Mississippi, the University of Nevada at Las Vegas, Clemson, and Penn State. The firm has placed head football coaches for Miami, Yale, and Boise State, among others. And it has helped to find head basketball coaches for Cal, Kansas State, Fresno State, and Oklahoma.