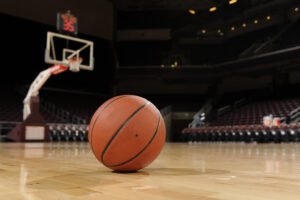 March 22, 2021 – Raleigh, NC-based Collegiate Sports Associates (CSA) has been selected to help College of Charleston in South Carolina to find a new head basketball coach. Earlier this month, the school’s former coach, Earl Grant, accepted the coaching position at Boston College (BC). The search will be national in scope. Matt Roberts, director of athletics for College of Charleston, declined to disclose CSA’s fee, saying it is a “private contract” and not a state contract, said the Post and Courier newspaper in Charleston. Mr. Grant is leaving the Cougars in good shape. In his seven years as head coach at College of Charleston, his teams had an overall record of 127-89 (.588). He was named 2017 Colonial Athletic Association Coach of the Year and NABC All-District Coach of the Year. In 2017-18, he led Charleston to its first NCAA tournament appearance in 19 years and winning the conference regular-season and tournament titles. For the first time in program history, men’s basketball was recognized by the NCAA for the 2018-19 academic year. Under the guidance of Mr. Grant, the program’s four-year rolling APR (academic progress rate) was in the top 10 percent of all men’s basketball programs in the country.

“We thank Earl for restoring the winning tradition back to our storied basketball program during his time at the college, including our memorable run to the NCAA tournament in 2018,” said Matt Roberts, director of athletics. “Not only is he a great coach, but a great person, who impacted not only his student-athletes, but the campus and Charleston community. We could not have asked for a better leader and ambassador for the College of Charleston and men’s basketball program. We wish him and his family success at BC.”

CSA founder and president, Todd Turner, has over 30 years of experience in intercollegiate athletics, 21 of which were as the athletics director at four major Division I FBS/BCS institutions. By coupling Mr. Turner’s experience and thriving personal relationships throughout higher education with top-level professional consulting and search services, Collegiate Sports Associates has a reputation for delivering a unique level of service.