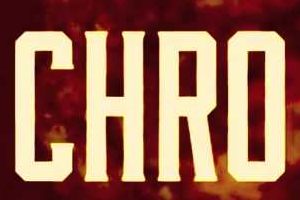 November 7, 2018 – Plenty of organizations say they are looking to change the makeup of their workforce in terms of ethnicity, gender, sexual orientation and age, but in the end many fall far short. It’s 2018, and the view from the C-suite and boardroom still looks nothing like the ethnically and racially diverse world outside.

The importance of diversity to team and company performance should by now be a given, yet the nationalism that fueled the Brexit decision and the election of President Donald Trump is reminding HR leaders on both sides of the Atlantic that progress on diversity cannot be taken for granted, according to a report by Heidrick & Struggles.

“If companies are to reach an increasingly diverse population of customers, suppliers, and partners – or, for that matter, if they are to do the right thing – then CHROs must be more prepared than ever to instigate difficult conversations in the following three areas,” said Billy Dexter, a partner in the search firm’s Chicago office and its Americas regional diversity leader.

1. Are we meaningfully involved?

Diversity is a big bucket. “Too many companies have a fuzzy definition of which communities, precisely, they want to connect with – let alone have a familiarity with them,” said the Heidrick report. “By contrast, forward-looking companies have specific communities in mind and engage with them directly.”

The talent pipeline is key, but many companies are hindered by inherent biases. “To fill your pipeline with black, Asian and minority ethnic (BAME) talent, start with an understanding that the journeys of these employees will be different from those of white employees,” the report said.

3. Do our diverse colleagues want to stay?

Many companies assume that top talent will rise in a meritocracy, but a combination of company culture, unconscious biases and other factors often prevents this from being the case, said the report.

“A true commitment to building a diverse workforce, from the front line to the C-suite, starts with an honest reflection on why the company doesn’t look like its customer base,” said Mr. Dexter, who co-leads Heidrick’s diversity advisory services practice that assists clients in creating diverse leadership teams. “The CHRO will be best placed to spark such conversations within the executive team and across the company. By combining sincerity, authenticity, and, above all, consistency in their diversity efforts, CHROs can help their organizations become more inclusive – a result that benefits business and society alike.”