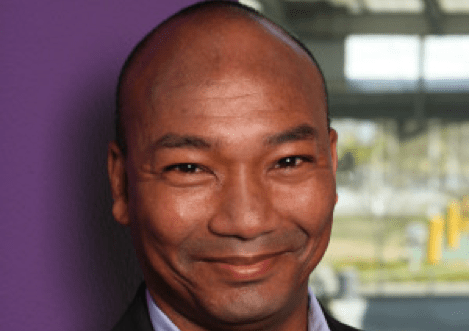 November 7, 2018 – David Windley is president of IQTalent Partners, an executive recruitment firm based in Los Altos, CA. Prior to joining the firm in 2014, he was CHRO at Fusion-io and Yahoo! Mr. Windley also held executive HR positions at Microsoft, Intuit and Silicon Graphics. He is currently a board member at the Tennant Company and Society for Human Resource Professionals.

In the following interview, Mr. Windley explores why diversity and inclusion are of paramount importance to 21st century organizations — which are focused on people more than ever before. He also examines changing demographics and the role Millennials play in the workplace. Finally, Mr. Windley focuses his attention on the hiring process — where often the problem of diversity recruiting begins.

David, why is diversity and inclusion so important to organizations today?

Many studies have shown that innovation and good solutions are enhanced when diversity exists in teams…diversity of perspectives and thought. Currently, the imperative for creating a diverse and inclusive environment for U.S.-based organizations has been amplified because of two major trends: the globalization of the workforce & customers; and the Millennial generation is more diverse than any previous generation. Bottom line, the world we operate in is more diverse.

What can you tell us about Millennials?

Millennials are the most diverse generation in the history of our country. That is translated into what we should see in today’s workforce. A report from the Brookings Metropolitan Policy Program reveals that Millennials, now 44 percent minority and America’s largest generation at 75 million strong, is set to serve as a social, economic, and political bridge to the future (and increasingly racially diverse) generations. The report says that racial and ethnic minorities make up more than half of the Millennial population in 10 states, including California, Texas, Arizona, Florida, and New Jersey — and in another 10 states, including New York, Illinois, and North and South Carolina, minorities comprise more than 40 percent of Millennial residents. Millenials also have a higher expectation of an inclusive environment at workplaces than previous generations. Not having an inclusive environment will be a detractor for many Millenials.

Describe these changing demographics and what affects they will have on executive search?

New Census statistics project that the nation will become “minority white” in 2045. During that year, whites will comprise 49.7 percent of the population in contrast to 24.6 percent for Hispanics, 13.1 percent for blacks, 7.9 percent for Asians, and 3.8 percent for multiracial populations. When you add on top of these domestic stats that more of our organizations are global, I believe a core competency of successful top executives will be their ability to create and foster an inclusive work environment. As executive search partners, we need to identify up and coming executives with these competencies now…they are the future leaders.

“Where we see the difficulty in diversity recruiting is in the hiring process of companies. The interview and assessment process is often flawed and allows for the existing bias to persist in the selection decision.”

Is it difficult to always provide a diverse slate of candidates to clients?

Providing a diverse slate of candidates is not the difficult part. Any good recruiting firm or organization can find diverse candidates at least in the proportion that exists in the talent pool. For example, in some engineering categories the female population is 15 percent, and our candidate slates tend to reflect that. With more focus and attention, we and other firms can make sure that a diverse category is over-represented on candidate slates. Where we see the difficulty in diversity recruiting is in the hiring process of companies. The interview and assessment process is often flawed and allows for the existing bias (conscious or unconscious) to persist in the selection decision. We see many examples of companies that hire for “cultural fit.” When you ask them to break that down into competencies, characteristics or behaviors that one can interview for and assess against, they often fall short. So “cultural fit” often falls back to an interviewer making an assessment that is fraught with personal bias.

What can companies do to attract more diverse employees?

4 Reasons to Focus on Building a Culture of Diversity, Equality and Inclusion