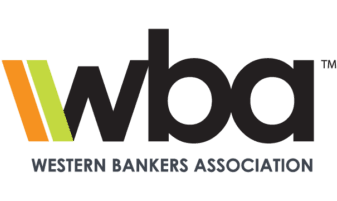 May 14, 2019 – Chrisman & Company, a Los Angeles-based executive search firm specializing in the financial services industry, has recruited Stephen G. Andrews as the new president and CEO Western Bankers Association (WBA). Past CEO Simone Lagomarsino left the company at the end of 2018. Managing partner Michele Gil and founding partner Timothy Chrisman are leading the assignment for the recruitment firm.

“The WBA is excited to have attracted a highly-regarded West Coast banking executive with a strong history of advocating for banks and the critical role they play in strengthening our communities,” said Debbie Skinner, chairman of the board of the WBA, and EVP and chief administrative officer of Farmers & Merchants Bank of Central California. “Steve will be a dynamic leader for the WBA, who is uniquely familiar with the ever-changing banking environment and also understands the important role the association has in supporting its member bank.”

Mr. Andrew previously served as president and CEO of four banks, including the Bank of Oswego, Bank of Alameda, Lamorinda National Bank and East County N.A. He has also been an advisor to fintech social impact companies. In addition, Mr. Andrews has been active in financial education; teaching banking at California State University, East Bay, China America Business Education Center; and at the Pacific Coast Banking School, from which he was also was a graduate.

Mr. Andrews’ career, which spans three decades, includes a dedicated history of serving the banking community as an advocate focusing on sensible financial reform and legislation. On numerous occasions, he has testified at both the state and federal levels before congressional policy committees and agencies on behalf of the industry.

In his new role, Mr. Andrew will serve as an ambassador for the WBA and the western banking community. He is charged with developing long-term strategic plans that will ensure sustainability of the association’s business model. “I am honored to have been chosen to lead the WBA during this important time where the financial landscape continues to evolve,” Mr. Andrews said. “I look forward to being a passionate advocate for our members, working to ensure that they have an operating environment supportive of their efforts to help our state and federal economies grow, and to serve their local communities.”

In 2018, two of the most trusted banking associations, the California Bankers Association (CBA) and Western Independent Bankers (WIB) merged to form the WBA. Representing 13 states across the western U.S., the WBA is one of the largest and most dynamic state-banking trade associations in the country. The WBA serves nearly 200 members in three focused areas: professional development, legislation and advocacy, and strategic partnerships.

Founded in 1980, Chrisman & Company provides specialized recruitment services with a focus on the financial services industry on a national scale. The firm has a longstanding reputation of developing lasting relationships with many of its client companies. The recruitment team is recognized for its knowledge and experience in the executive recruiting and financial services arenas, along with a proven record of performance.

Chrisman & Company recently announced the appointment of Ms. Gil as managing partner of the firm after having served for 25 years under the leadership of Mr. Chrisman. She will partner with him to deliver recruitment advice and succession planning to both new and existing clients. Ms. Gil began her career at the firm in 1992 and has more than 25 years of recruiting and management experience. She specializes in leading searches for executive-level management, C-level positions in banking and financial services. She also manages the firm’s bank board practice and has been instrumental in placing board members with a focus on function expertise and/or diversity. Ms. Gil currently serves on the diversity and inclusion advisory committee for the WBA and is a board member of the International Bankers Association of California.

Mr. Chrisman’s experience spans over 38 years in the search profession with a prior 10 years in the financial services industry. He served as chairman (non-executive), from 2011 to 2014 at BANC of California. Mr. Chrisman also completed a 10-year term as director, with eight of those years as chairman of the board.