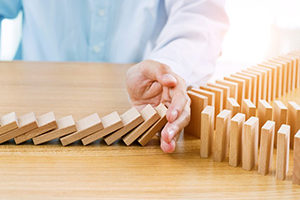 Ms. Messing brings a diverse set of experiences across sports and commerce in senior leadership and management roles, as well as an extensive local and national network, to SCTA, said Chelsea Partners. Most recently, she consulted to the Los Angeles Football Club to evaluate the prospects for forming a women’s soccer team in Los Angeles, a venture that did not proceed.

Earlier, she was vice president and executive director of sport leader relations for the Los Angeles 2024 Olympic and Paralympics bid committee. Ms. Messing was responsible for managing the committee’s relationships with sports leaders, including the heads of the national governing bodies of Olympic Sports, and the development of the LA2024 Innovation Network, a group of Sothern California and Silicon Valley tech executives committed to supporting innovation for the games. The work of the LA2024 committee came to an end when Los Angeles was awarded the 2028 Olympic and Paralympic Games.

SCTA is one of 17 sections of the United States Tennis Association, the national governing body for the sport of tennis in the U.S. SCTA has over 45,000 members and hosts over 600 tennis tournaments annually. Members participate in and advance the sport from youth programs through and beyond the “elite” levels of the sport through membership in events and educational programs nationwide. Membership is comprised of tennis players from the age group level through and beyond the Olympic team, as well as coaches and volunteers.

Mr. Siegel becomes president of the Los Angeles Sports Council and SCCOG. He succeeds David Simon, founding president, who retired after leading the organization for 30 years.

Mr. Siegel spent his entire 22-year professional career in the Dodgers organization. Most recently, he was vice president for global partnerships. Prior to that, he spent a decade as senior director of ticket sales. Under his leadership, the franchise achieved the highest attendance in Major League Baseball for five consecutive seasons. A leading expert in ticketing policy, pricing and promotion, he also served as the organization’s designated spokesperson on anything related to sales, promotions or marketing.

Over the last quarter century, the sports sector has grown into a formidable global industry. Historically, professional sports teams operated on a relatively modest level, with league officials, team owners, managers and coaches surrounding themselves with people they knew and trusted from their own small worlds. College sports teams relied on in-house search committees and word-of-mouth recommendations. Much of that has forever changed.

“I am excited and honored for the opportunity to lead the Sports Council and SCCOG into their next chapters,” said Mr. Siegel.

He will remain with the Sports Council and SCCOG on a part-time basis as senior adviser to both organizations.

The Los Angeles Sports Council is a private, non-profit organization which supports economic and community development through the promotion of spectator sports programs in the Los Angeles and Orange County areas, including support of our local teams and the attraction of events to the area.

SCCOG, founded in 1939, is a non-profit group focused on promoting the Olympic movement in Southern California. The organization was a key partner with Los Angeles in bringing the 2028 Summer Olympic and Paralympic Games to the city.

Mr. Knox founded the search firm in 2015, leveraging over 30 years of experience in the executive recruiting profession, including 24 years with Korn Ferry as a shareholder/partner in both Asia and Southern California. Prior to founding Chelsea Partners, he spent two years with RSR Partners in Los Angeles as a managing director following three years with executive recruitment firm Higdon Partners, where he opened the Los Angeles office. He started his recruiting career with Russell Reynolds Associates. Mr. Knox is also a director with both the Los Angeles Sports council and SCCOG.