Menu
View our Events
Stay Connected:
As chief executives navigate the ongoing complexity and uncertainty of business, they are leaning heavily on their leadership teams more than ever. In the C-suite, chief talent officers and CHROs are seen as vitally important to helping the CEO steer through these unprecedented times. And there’s a reason: Among the top challenges now facing CEOs is talent. Let’s take a closer look. 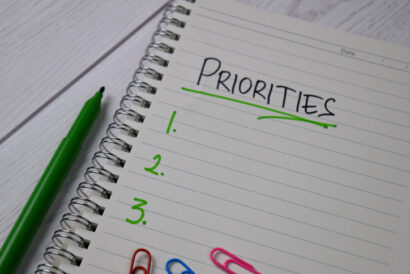 February 3, 2022 – Last January, chief executive officers described 2021 as the year of hope. One year later and looking back on their lived experience, many CEOs described 2021 as “challenging.” In the recently released Winter 2022 Fortune/Deloitte CEO Survey, nearly 60 percent of CEOs delivered one-word sentiments that put 2021 in a distinctly negative light: In addition to “challenging,” they found the year “chaotic,” “exhausting,” “long,” “unpredictable,” and “volatile.” But with the start of this new year, similar to the start of 2021, more than two thirds of CEOs appeared determined to see sunshine on the horizon, said the report. Asked to describe 2022 in one word, a significant number of CEOs were offering less “hope” (as they did last January), but “hopeful” – in addition to “opportunity,” “optimistic” and “recovery.” The number of CEOs who wrote “hopeful” was almost exactly counterbalanced by the number of CEOs who wrote “uncertain,” a decidedly less sunny sentiment. Both are likely to pervade the weeks and months ahead.

In the Fortune/Deloitte CEO Survey, fielded Jan. 4-12, 175 leading CEOs representing more than 15 industries shared a perspective on what is both hopeful and uncertain about 2022 – covering growth rates to inflation rates, supply chain challenges, and more.

When CEOs were first asked last June about the biggest challenge they faced, a quarter of the responses pointed to talent-related issues. Asked the same question four months later, alignment was even stronger, with nearly half of all responses referring to talent. That emphasis continues today, with half of CEOs still referring to talent and workforce in their responses: for example, “fighting COVID fatigue with team members,” “finding/keeping the best people,” and “responding to new work paradigms.”

The Importance of the Leadership Team

As CEOs navigate the ongoing complexity and uncertainty in both their external and internal environments, how do they lean on their leadership team? Fortune/Deloitte asked CEOs to rank order a number of roles in order of importance to their personal success, as CEO. Two thirds of surveyed CEOs rank the chief financial officer as most important, and 55 percent rank business unit/regional leaders as most important, with the chief operations officer and the chief talent/HR officer not far behind. CEOs outside of the U.S. rank business unit/regional leaders above the chief financial officer.

“Notwithstanding the challenging societal circumstances at this moment presented by the Omicron surge, CEOs remain optimistic about the business environment and see strong growth opportunities over the next year,” said Joe Ucuzoglu, chief executive officer, Deloitte US. “A new normal appears to be setting in whereby business leaders simply expect new challenges to arise continuously and are confident they can manage through them to achieve positive business results while making a real difference in society.”

The timing of the most recent Fortune/Deloitte CEO Survey editions coincided with the rise of two COVID-19 variants: Delta last September, and now Omicron. Even with the Omicron variant top of mind, CEO expectations were unchanged from four months ago – lending credence to the observation in the fall 2021 survey that CEOs appeared confident that their organizations already adjusted and adapted to a “new normal” marked by the enduring uncertainty of COVID-19. One CEO cited in even described 2022 in the current survey as “déjà vu.”

Even with the Omicron variant top of mind now, CEO expectations were not so different from five months ago. Similar to predictions they made in September, eight percent of CEOs said that the business effects of the pandemic are “already over” for their organization, and just under a third said they will not be over in the “foreseeable future,” said the report. About 20 percent said by mid-2022, and 40 percent said by the end of 2022.

5 Hiring Insights from Executive Recruiters
According to a new DHR Global report, we are in the middle of one of the most unique and challenging recruiting environments for candidates to navigate. According to Sara Garlick Lundberg, a partner in the non-profit practice at the search firm, Q1 is often a time to consider new professional directions, even though pandemic fatigue is at a peak and candidates are exhausted. “Some candidates are navigating a degree of long-term pandemic-induced trauma,” Ms. Lundberg said. “We see exhaustion, feelings of uncertainty, and a need to disconnect like we haven’t before. When you meet with a candidate, a simple acknowledgment of the last year and its challenges can be a great way to connect and show your prospective hire that you’re aware of our strained times.” Read more.

What external issues do CEOs expect to influence or disrupt their business strategy within 2022? While the pandemic was still in the top three across all industries, the proportion of CEOs who named it one of their top three fell significantly from more than 70 percent in the fall of 2021 to 56 percent. Relatively unchanged was the even greater percentage of CEOs, 71 percent, who selected labor/skills shortage. In third place, supply chain disruption was noted as a top-three external issue for 46 percent.

Notably, if looking exclusively at responses from CEOs based outside of the U.S., the pandemic rose to first place (58 percent), supply chain rose to second place (54 percent), and labor/skills shortage fell to third place (50 percent).

In September, only 13 percent of all surveyed CEOs named financial/market instability in their top three issues. In the new study, that number nearly tripled to 36 percent – possibly due to the timely addition of “inflation” to that response option. In fact, it was the top-ranked issue for CEOs in financial services (62 percent) and within the top three for CEOs in professional services (50 percent). 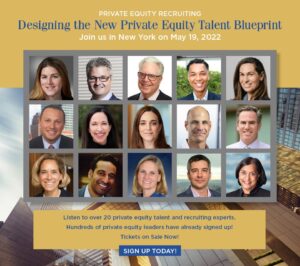 Inflation remained stubbornly high, a result of surging demand and restricted supply. Prices in November rose at their fastest rate in almost 40 years and were 6.8 percent higher than one year earlier. In the U.S., inflation rose seven percent in 2021 to the highest rate since 1982. Asked specifically for a prediction about the inflation rate over the next 12 months, CEO predictions varied widely across both geography and industry; the strongest consensus tended to be in the four percent to five percent range. More than a third of US-based CEOs appeared to be placing their bet on four percent to five percent, with about a quarter saying between three percent and four percent and about a fifth saying five percent to six percent. Outside of the U.S., CEO expectations, as reported, were more evenly distributed between two percent and six percent.

When CEOs were first asked last June about the biggest challenge they faced, a quarter of the responses pointed to talent-related issues. Asked the same question four months later, alignment was even stronger, with nearly half of all responses referring to talent. That emphasis continued this year, with half of CEOs still referring to talent and workforce in their responses: for example, “fighting COVID fatigue with team members,” “finding/keeping the best people,” and “responding to new work paradigms.”

A notable cluster of CEOs also named challenges that relate to the ongoing uncertainty and unpredictability of the external environment. As one CEO put it, “The constant but ever-changing external challenges the business is confronted with.”

Only eight percent indicated that they have had issues with maintaining quality standards.

Only eight percent of all surveyed CEOs said they’ve had any customer attrition, and four percent commented that they have had no supply chain disruptions at all.

When asked what supply chain-related actions they plan to take within the next 12 months, more than half of CEOs indicated that they plan to change their pricing/profit model (e.g., higher prices), likely in response to higher costs and margin impacts. A nearly equal proportion indicated they plan to expand their supply chain ecosystem with more partners. Only 47 percent of surveyed CEOs say they intended to expand sustainability and climate-change initiatives (e.g., green energy). About 37 percent said they planned to update/change their logistics network and modes, and 20 percent or less planned to change the product portfolio and road map, act on vertical integration/acquisitions, or update/re-shore production locations. 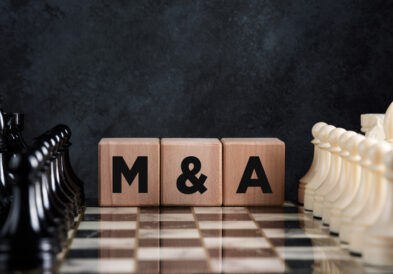