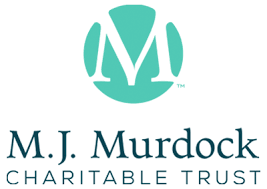 March 23, 2022 – Following a national search, CarterBaldwin Executive Search has helped to place Microsoft executive Romanita Hairston as chief executive officer of the M.J. Murdock Charitable Trust in Vancouver, WA. The assignment was led by partner Andrea McDaniel Smith and consultant Ted Wieber. Ms. Hairston will officially join the non-profit in July. She succeeds Steve Moore, who announced his plans to retire last June after 16 years in the role.

“Romanita brings a robust leadership profile that is uniquely suited to the mission and work of the Murdock Trust,” said trustee Jeff Pinneo. “As a longtime resident of the Pacific Northwest and someone who has devoted more than 25 years of her life to roles that serve the common good of the community, she will be a tremendous asset to the future of the Murdock Trust and to those we partner with and support.” In conducting the search, CarterBaldwin engaged hundreds of candidates from across the non-profit and for-profit spectrum. Murdock Trust said it was Ms. Hairston’s unique collection of experience providing leadership in the non-profit, for-profit, and philanthropic sectors, coupled with deep roots in the Pacific Northwest, that elevated Ms. Hairston as the ideal candidate to lead the Murdock Trust.

In her new role, Ms. Hairston will hold overall responsibility for the planning, development, and execution of innovative, effective, and efficient Murdock Trust operations as the foundation manages thoughtful growth in its endowment and operations, the organization said. She will be charged with leading a highly effective team and fostering a culture of collegiality and mutual respect both inside the organization and as an effective public ambassador to the region and to the broader philanthropic community. Essential responsibilities of the role include serving as a strategist and innovator; team builder; connector, community, and constituency relations; and general manager.

How Culture Impacts an Organization

In this brand new episode of ‘Talent Talks,’ Rob Adams is joined by Chris Guiney, a partner at CarterBaldwin Executive Search. Here, Mr. Guiney discusses the topic of culture and its impact on organizations. He also examines how the culture of private equity firms differs from non-profit organizations and then closes by discussing the future impact of culture and DE+I initiatives. Listen Now!

“I am honored and grateful to join the outstanding team that works every day to advance Jack Murdock’s vision of innovative and capacity building service that nurtures and enriches lives in the Pacific Northwest,” said Ms. Hairston. “Having observed and worked for and with the Murdock Trust for many years, I know it to be a unique institution dedicated to serving the common good. I look forward to partnering with non-profit and business leaders, community foundation colleagues, and civic leaders who are all working to help ensure that individuals, families, and communities throughout our region flourish.”

Ms. Hairston began her career in the non-profit sector at World Vision, the largest child-focused private charity in the world, where she worked for over 20 years, including a decade as vice president of U.S. programs. In 2016, Ms. Hairston joined the Murdock Trust as a program director. Two years later, she joined the for-profit sector at Microsoft, focusing on the future of work and learning. In her current role as the leader of the technical content portfolio team, Ms. Hairston works to build capacity across Microsoft’s solution areas for its global customer, partner, and future generation audiences.

The Murdock Trust, created by the will of the late Melvin J. (Jack) Murdock, provides grants to organizations in five states of the Pacific Northwest—Alaska, Idaho, Montana, Oregon, and Washington—that seek to strengthen the region’s educational, spiritual, and cultural base in creative and sustainable ways. Since its inception in 1975, the trust has awarded more than 7,800 grants totaling more than $1.2 billion.

Mr. Wieber has significant international experience working within corporations, governments and universities. He brings a vast knowledge base to both the corporate and non-profit practices within CarterBaldwin. As a consultant, Mr. Wieber partners closely on CarterBaldwin’s C-suite and VP-level roles, for both mission-driven searches as well as the firm’s diverse client base.