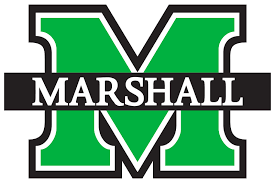 March 9, 2022 – Following a national search, CarrSports Consulting has assisted in the recruitment of Christian Spears as the next athletic director of Marshall University. “Christian Spears is a transformational leader who exhibits a deep respect for tradition, combined with an ability to architect a vision to unleash potential,” said Brad D. Smith, president of Marshall. “I am excited to welcome Christian to Marshall to serve in this pivotal role. Christian’s leadership philosophy and his drive for Marshall to build on its storied foundation of winning mirror my own. I look forward to working with him to usher in the next chapter of great for athletics at our university.”

Mr. Spears has more than 25 years of experience at all levels of intercollegiate athletics administration. He comes to Marshall most recently from the University of Pittsburgh, where as deputy athletic director and chief operating officer he manages all revenue generation and external operations, primarily focused on strategic partnerships to help reduce expenses and supplement revenue streams. His areas of responsibility at Pitt include marketing and branding, media relations, fundraising, ticket operations, licensing, merchandising, game presentation, broadcast services, and multimedia rights.

Mr. Spears also has a track record of raising funds, forming corporate partnerships, and developing and executing strategic plans. In his five years at Pitt, he was instrumental in a capital campaign to support Pitt’s $250 million “Victory Heights” initiative to build and upgrade athletic facilities, helping to raise nearly $15 million of the $25 million goal to-date, as well as assisting with the development of the “champions” advisory board that has engaged 24 new alumni/donors with the goal of completing the campaign by 2024.

University of Pittsburgh director of athletics Heather Lyke said: “I am thrilled for Christian and Marshall University,” she said. “Christian has been a trusted colleague and friend for decades and an invaluable leader in our department. Marshall University is getting an experienced and visionary leader who brings positive energy, intellect, and a can-do mindset, but most importantly, someone who has a genuine interest for the well-rounded success of student-athletes. I look forward to following his progress. He and his family will be deeply missed.”

At Marshall, Mr. Spears will take over a storied 16-sport athletics program with a $30 million budget. He will begin his tenure March 14 and will succeed Jeff O’Malley, who has led the department as interim athletic director since last July.

Based in Odenton, MD, CarrSports Consulting has been providing executive search services exclusively to intercollegiate athletics since 1997. Staffed with former athletics leaders, its associates have a combined 200 years of experience in positions such as Division I athletic directors, commissioners, and head coaches, and have conducted more than 130 searches and 70 consulting projects.

The firm has extensive experience in conducting national searches for athletics directors over the past two decades and is backed by over 135 years of intercollegiate AD experience on staff. CarrSports Consulting has completed searches for athletics directors at Duke, Kentucky, Georgia Tech, Butler, and other prominent Division I institutions. Its client list includes other Atlantic 10 schools as well.

Mr. Hathaway has a demonstrated history of accomplishments in enhancing academic and athletic success of student-athletes, fundraising, student-athlete well-being, marketing, communications, university and community relations, strategic planning, and fiscal management while serving and leading a diverse population of outstanding student-athletes, coaches, and staff.

Most recently, Mr. Hathaway has been working as a consultant for higher education and intercollegiate athletics clients, including a number of outstanding institutions and conferences. He has also taught sports management classes at the graduate level.