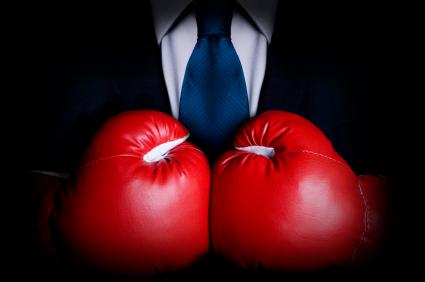 July 16, 2015 – Canadian recruiter Caldwell Partners International has said in a statement that after consulting with its financial and legal advisors, the publicly-owned search firm had no interest in continuing discussions with DHR about a potential combination.

In a letter to DHR chairman, David Hoffmann, Caldwell’s chairman, G. Edmund King, wrote that in response to a letter from Mr. Hoffmann dated July 1 and a subsequent phone call between the two chiefs on July 7 regarding Mr. Hoffmann’s interest in pursuing a transaction between the two search firms, “the Caldwell Board of Directors and Special Committee have unanimously determined that pursuing discussions with DHR at this time is not in the best interest of the firm, its shareholders, partners, employees and clients.”

“As a result,” Mr. King concluded, “I believe it is not in Caldwell Partners best interest to arrange for you to meet with our Board of Directors.” Mr. King said that such a meeting “would have a destabilizing effect on our partners” and “would lead to the defection of a number of them, to the detriment of our firm and shareholders.”

Caldwell is the fastest growing Top 10 search firm in the America’s, according to recent statistics published by Hunt Scanlon Media, ranking No. 9.

Just three days after Chicago-based DHR struck a deal to acquire 17 offices and 75 recruiters of embattled New York-based CTPartners, the firm began massing hundreds of thousands of shares of its Canadian rival in open market trading on the Toronto Stock Exchange. The share purchases came after Mr. Hoffmann’s son, Geoffrey – DHR’s CEO – made a trip to Toronto to make his pitch for a takeover with Caldwell counterpart, John Wallace. Over the ensuing three weeks, DHR acquired 1.2 million shares, or nearly six percent of the company. The battle for Caldwell was underway.

“The CTPartners asset acquisition gave DHR a much-needed leg up in Europe and a $50 million-plus revenue boost in one fell swoop,” said Hunt Scanlon founding chairman and CEO, Scott A. Scanlon. “Caldwell would add another $50 million and give DHR the largest Canadian platform of any executive search firm,” he said. DHR is currently the sixth largest executive recruiter in the U.S., according to Hunt Scanlon. Both acquisitions, said Mr. Scanlon, are strategic and necessary moves by DHR.

For Caldwell, the overture comes at an auspicious time for the company and its chief executive, Mr. Wallace. Within the last week, Caldwell reported its ninth consecutive quarter of year-over-year growth; the firm posted a 20 percent revenue increase in its third quarter. Last year it enjoyed a 33 percent revenue jump. “Caldwell is a storied brand in Canada,” said Mr. Scanlon. “The firm is an institution there.”

In his letter to Mr. Hoffmann, Caldwell’s chairman wrote that the firm’s success “is tied to the success of our partners, who collectively with management hold over 33 percent of the firm’s outstanding shares.” As such, Mr. King continued, “we have informed the partnership of your interest in pursuing a business combination. In response, our partners have expressed to us their significant concern and have made it clear that they would not be willing to be part of a firm controlled by DHR.”

The big open question, then, seems to hinge on what the majority of shareholders – the other 67 percent – think of a DHR ‘business combination’ and the value DHR might bring to long term shareholders, like founder Doug Caldwell, who remains a large investor in the business he founded 45 years ago.

At press time, a DHR spokesperson said that a formal response to Caldwell’s letter would be forthcoming shortly. In a brief interview with Mr. Hoffmann last evening, he would only say this: “We are not going away. We will buy this company; it is not a matter of ‘if’ but just a matter of time.” Hunt Scanlon has learned that DHR has retained a powerful Canadian investment banking firm as well as U.S. and Canadian law firms well-versed in cross-border takeovers.