Stay Connected:
A new study by McKinsey & Company reveals that the acceleration of digitization and remote work during the COVID-19 crisis has put pressure on employees to ‘skill up’ to meet new demands from their companies. Closing this skills gap is now seen as critical. Executive search experts from Hightech Partners, Armstrong Craven, and De Forest Search weigh in on the study. 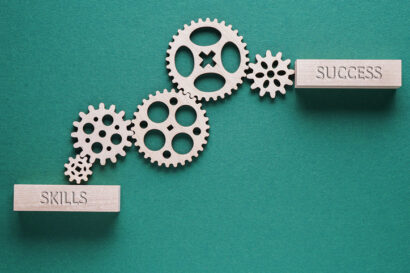 May 21, 2021 – Over the past year, the COVID-19 pandemic has quickly and dramatically accelerated the need for new workforce skills. The rapid rise of digitization and remote work has placed new demands on employees who, in many instances, now require different skills to support significant changes to how work gets done and to the business priorities their companies are setting, according to a new survey from McKinsey & Company. The consulting firm found that the urgency of addressing the skill gaps is clear—and, across industries, more important than ever to do.

Most respondents said that skill building is the best way to close those gaps and that they have doubled down on their efforts to re-skill or up-skill employees since the pandemic began. The results also pointed to a shift in the most important skills to develop, which tend to be social and emotional in nature: for example, empathy, leadership and adaptability. But regardless of the skills involved, McKinsey & Company also found that there was a clear recipe for success with skill transformations, which are largescale, programmatic efforts to support skill building so that employees can adapt to fundamentally changing requirements of their current role or move into a new one. When companies follow all nine practices that support a skill transformation the odds for success are nearly guaranteed.

The survey suggested that the need to address skill gaps is more urgent than ever. A majority of respondents (58 percent) said that closing skill gaps in their companies’ workforces has become a higher priority since the pandemic began. And of five key actions to close these gaps—hiring, contracting, redeploying, releasing and building skills within the current workforce—skill building was more prevalent now than it was in the run-up to the pandemic, according to McKinsey & Company. Sixty-nine percent of respondents said that their organizations do more skill building now than they did before the COVID-19 crisis, a much more dramatic increase than they report for the other four actions.

Redeploying talent to new roles—which often requires some degree of skill building—had also become more commonplace over the past year. Forty-six percent of respondents reported an increase in redeploying talent at their organizations, which made it the second most critical activity for closing skill gaps. Additionally, the results suggested that this commitment to skill building represented more than a one-time investment. More than half of respondents said that their companies plan to increase their spending on learning and skill building over the next year, compared with their investments since the end of 2019.

The McKinsey & Company survey asked about 25 specific skills that companies have prioritized to address through reskilling, and more than half of respondents reported a focus on developing leadership, critical-thinking and decision-making, and project-management skills. Compared with the results from 2019, many of the skills in which respondents reported the biggest increases in focus fell into two categories: social and emotional skills (which accounted for three of the five biggest increases) and advanced cognitive skills. For example, the share saying that their companies were addressing interpersonal skills and empathy skills had nearly doubled in the past year.

Basic digital skills had also become a clear priority for companies since the pandemic began; the share saying so was 16 percentage points higher than in 2019. There were also some industry differences of note: In advanced industries3 and industrial organizations, respondents reported less of a focus than others on building basic digital skills— McKinsey & Company said likely because these skills were already present before the pandemic. But these respondents were much likelier than others to prioritize technology design, engineering and maintenance: 50 percent said so, while 15 to 28 percent of respondents in all other industries said the same. On the other hand, their peers in the public and social sectors, as well as in healthcare and pharmaceuticals, were nearly twice as likely as those in industrial organizations to say that they had focused on interpersonal skills and empathy.

Even before the pandemic, respondents recognized that skill gaps were a pressing and critical issue. And while the previous survey indicated that skilling programs were at an early stage in 2019, McKinsey & Company said that companies appear to have made real progress. Fully half of respondents now said that their organizations have begun a skill transformation to support employees’ skill building in a largescale and programmatic way. For those that have, the benefits were clear. Between 71 and 90 percent said their skill transformations had a positive impact on four company outcomes: the ability to realize company strategy, employees’ performance and satisfaction, and reputation as an employer.

McKinsey & Company said that many companies were now at a critical juncture when it comes to talent development and skill building, and it was clear from the survey results that dramatic changes were needed to thrive—or even survive—in the future. “To emerge stronger from the pandemic, now is the time for organizations to invest in skill transformations and apply the lessons of the past year to crystallize their current and future skill needs,” McKinsey & Company said. “The survey confirms that organizations must take a holistic approach to skill transformations and focus on all nine of the practices that we know support success; there are no shortcuts to take. And when they do so, they should not fall into the trap of focusing only on ‘hard’ technological skills or digital-only channels for learning. The pandemic, and our research, has shown how critical interpersonal skills and resilience really are, and that they require different ways of learning to be cultivated.”

The Challenge for Recruiters

“As stated by almost everybody involved in this domain, today requires an unprecedented acceleration to digitization, and we are seeing this combined with the concept of remote working,” said Raffaele Jacovelli, managing director at digital-focused executive search firm Hightech Partners (HTP). “This acceleration has amplified the need for new skills sets. The focus is not uniquely on digital related skills – which remains in high demand due to the structural shortage in the industry – but, more importantly, on social and emotional skills as well as advanced cognitive skills. Being digital does not imply only the ability to master tools and technologies; it now requires a different set of leadership skills that are constantly evolving with the changes of the boundary conditions that leaders face,” he said.

Related: Why Talent is Key to a Post-Pandemic Retail Sector Resurgence

“After the 2001 and 2008 crises, companies turned their demand towards the recruitment of executives with a demonstrated track record – to be on the safe side – but such simple criteria have not been a sufficient indicator of future success,” Mr. Jacovelli said. “In a continuously changing scenario, the ability to adapt and the attitudes toward continuous learning are now seen as more important than past experiences. More often, we are now confronted with clients that are putting a strong focus on skills-based hiring, clearly setting a trend that should and will continue. When the boundaries are constantly changing as they now are, we must recruit people for their potential rather than purely for their track record. Previous experience is one out of 15 to 20 different dimensions. This is probably even more true for companies driven by, or driving, digital transformation. The challenge for recruiters is to be able to assess such skills.”

“The shift to remote work has significantly impacted the leadership landscape, and we’re seeing global adaptation in anticipation of the new normal,” said Peter Howarth, joint managing director of Manchester, U.K.-based executive search firm Armstrong Craven. “With hot desking, hybrid in-office models, and working from home, there’s a shift to hire up-and-comers to leadership roles if they bring an inspirational management style to the organization. We’re definitely seeing a shift in demand from traditional boots-on-the-ground management styles to leaders who inspire excellence, rather than just command it.”

Essential Leadership Skills for Challenging Times
As the economy continues its rapid transition toward automation, the customer experience field requires strong leadership to keep customers engaged. Soft skills, such as communication and emotional intelligence, will be the skills that set the best leaders apart from the mediocre, according to a new report by Christopher Rios of Blue Rock Search.

Remote employees must be motivated to perform with less oversight, he said, “but still need to feel valued, and desire career progression even though they aren’t as visible in the physical office as before the pandemic.” Remote work has been a welcome change for a large part of the workforce and is here to stay, he added, “and many employers now recognize inspirational leadership skills as key to performance, retention and job satisfaction for remote teams.”

Lunch or Dinner? No Time

“There is a huge demand for stronger technical skills,” said Jill De Forest, founder of Manhattan Beach, CA-based De Forest Search. “Many companies are handling the remote-from-home program by using virtual meetings like Zoom, WebEx, Google Meet, Google Hang Out and Microsoft Teams. There is also an increase in using project management tools. The days of the basic tools like SharePoint and Google Docs seem like more of a basic/standard requirement while many companies have adopted more sophisticated project management tools like Slack, Basecamp, Confluence, Kanban, Jira, Trello, Workfront, and more. Some of our clients are even hiring a lead project manager to keep everyone on task and accountable,” she said.

“Another change is the intense hours that employees are working. While employees are working from home, they do not seem to have much, if any, down time for lunch and even dinner. The back-to-back virtual calls have created a full work day so it has been very challenging to find time to catch up on emails, phone calls, and strategic planning,” she noted.

“We have found that skills and core competencies outweigh experience when candidates interview in person; however, many employers often assess and judge a candidate on their experience only by resume alone,” said Ms. De Forest. “This is where an impactful cover letter or candidate submission from the search firm makes a difference. Soft skills that potential employers would like to see are emotional intelligence, ability to influence and inspire, collaboration, critical-thinking, decision-making ability and complex problem-solving.”