Menu
View our Events
Stay Connected:
Speed in business is important, but achieving it is not about simply going faster. It’s about trust. This is especially true for talent acquisition. A report from Ron Godier of Intalegence outlines why slowing down in your talent acquisition strategies may actually speed things up. 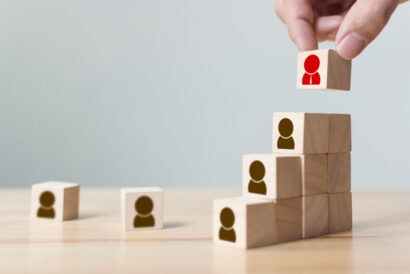 September 12, 2022 – If you are a leader in a company of any size, talent has become one of the critical components to your success. The pressure you feel to go faster than the competition is real. But it creates demands on employees to move just as quickly, and for some parts of your business faster isn’t always better.  According to a report from Ron Godier, founder and managing partner of Intalegence, this is especially true in talent acquisition. “Speed in business is important, but achieving it is not about simply going faster,” he said. “It’s about trust.”

Stephen Covey, educator, businessman, keynote speaker, and author of The 7 Habits of Highly Effective People, said that when we trust the other side of any conversation, business or personal, the conversation naturally moves faster and bypasses all of the nonsense that people need to get through in order to make a decision about whether to engage or not.

“I maintain that the success of any recruiting effort is directly proportional to the amount of time spent building trusted relationships,” said Mr. Godier. “It is the most critical thing a recruiter can do. If your recruiters feel they aren’t empowered to invest the time in an activity that may not yield an immediate result, then you, as a company, are dependent on the luck of the draw, i.e. who is available through inbound and cold outreach. That slows down the process.”

Companies have tried to solve this issue with recruiting technology, according to Mr. Godier. “They spend tons of money on employer branding and content marketing to candidates to create awareness,” he said. “If this was the answer then why does recruiting often lag behind demand. I would offer that it’s because leaders have transactionalized the act of recruiting, thinking that solving the equation was about volume and speed of interactions only, rather than the quality of the relationship that is being built.”

First don’t abandon your tech or stop your branding or content efforts, Mr. Godier said. “Rather, take time to understand their place in the process. Revamp your views on how recruiting happens. Encourage your talent teams to spend time on the right activities, measure those things, and give your people the space to do the good work.”

A recruiter’s primary job is to build relationships with talented people you may want to hire at some point, not processing applications. “They should continue to measure time to hire but work in metrics, like quality conversations or new relationships rather being forced to run with blinders on toward speed metrics only,” Mr. Godier said. “To make this happen, work with your talent leaders to simplify the role of the recruiter so that they can focus on the right things and not get buried in administrative tasks.” 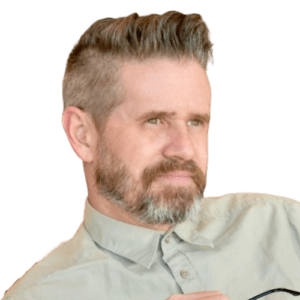 Ron Godier is the managing partner of Intalegence and the editor and curator of the digital magazine, Intalegent. Intalegence is a talent solutions company focused in the legal sector. They serve legal technology and legal services companies as well as corporate legal teams and law firms looking to add top leaders to their organizations. Intalegence has a full suite of services including retained, direct, and on-demand services as well as fractional/interim leadership.

Mr. Godier notes that there are technology solutions and team structures with more coordinators and support that can help make this happen. But candidates are smart and it’s not a buyer’s market despite. The where, when, and how of work is changing. Being able to compete will mean having relationships with candidates at the right time. Mr. Godier says that he is certain that someone reading this is saying, “That sounds great Ron but we have tons of inbound applications to keep us busy.”

Unfortunately, with inbound applicants only a small fraction of these folks make it to the interview stage and an even smaller portion get offers, according to Mr. Godier. “Take a hard look at your engagement metrics outside of the inbound applicants you get,” he said. “Look at response rates to emails, InMail’s, social outreach and I think you will see there is a lot of unproductive activity going on and not because your teams are not trying. Inadvertently you may be pointing them in the wrong direction by assuming pipeline speed equals quality hiring.”

Related: What Candidates are Really Looking for In New Jobs

Mr. Godier says to think of it this way: Would you send a sales person out to represent your company and then hang so much administrative work on them that they couldn’t generate new business? “Of course not,” he said. “It is time to acknowledge that recruiting is a sales role inside your people function. Stop thinking of them as processors but rather as ambassadors for your company that need to be focused on building new relationships in order to keep the talent pipeline flowing.”

Stop focusing so heavily on cost per hire, says Mr. Godier, and look at the cost of “not hiring the right one”

“Going slower seems counterintuitive but if you can adopt this approach, speed will increase, quality of hire will go up, attrition will go down, and you will have an opportunity to deliver a candidate experience unlike any other,” Mr. Godier said.