Menu
View our Events
Stay Connected:
Companies are conducting fewer job interviews and receiving interest from fewer candidates. But on the flip side, they are making more offers and hiring more people. 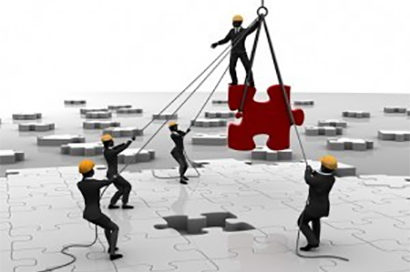 October 11, 2018 – The growing use of artificial intelligence and machine learning to automate mundane operational tasks is creating new efficiencies that are freeing up recruiters’ time to focus on relationship building and nurturing passive candidates, according to a new report by Jobvite.

The percentage of job interviews that resulted in offers climbed from 17 percent in 2015 to 20 in 2016 and to 28 last year, said the “2018 Recruiting Benchmark Report.” Ronen Shetelboim, director of demand generation and marketing operations for the San Matteo, CA-based software and recruiting company, and one of the authors of the report, said this is direct evidence that automation is changing executive recruitment in a significant way.

“When looking at the nine percent increase in overall interviews-to-offers conversion rates, it’s clear to me that companies are becoming more efficient by leveraging data, AI and automated workflows to focus on candidates who are a better fit,” said Mr. Shetelboim. “This allows them to conduct fewer interviews to get to the right hire.” This improved efficiency, he added, is impacting several stages of the recruiting funnel.

Even though the number of actual interviews has decreased in recent years, the number of job offers and hires continues to grow. Applicants are fewer in number, said Jobvite, but more tools, data and AI are available to help recruiters find the right people and screen candidates more quickly. “Since recruiters are better equipped to weed out unqualified candidates earlier in the process, candidates who reach the interview stage are more qualified,” said the report.

The report, now in its third year, offers a combination of data and guidance based on quantitative and qualitative analysis of data from Jobvite’s database of more than 55 million job seekers and 17 million applications. Weijen Hsu, a senior engineer with Jobvite, co-authored the study with Mr. Shetelboim.

The report analyzed priority metrics from each stage of the recruiting funnel — career website visitors, offers, hires, applications and interviews — to identify areas to improve efficiencies and continuously engage with candidates. It also considered the macroeconomic trends that are impacting the recruiting industry, such as the record unemployment rate, increased wages and high interest rates, and lingering economic uncertainty.

“These trends are having a big impact on how we recruit,” said the report. “With fewer candidates looking for jobs, it’s more difficult than ever to get top talent—talent who isn’t looking for a job. As a result, recruiters are increasingly relying on higher wages, along with perks to attract talent.”

Among the study’s findings, the percentage of visitors to a company’s career website who then apply for a given job is on the rise from nine percent in 2016 to 12 percent last year. The percentage of visitors to applicants reflects how many visitors a company needs to get to visit its career website in order to get one applicant, said the study. “With the benchmark at 12 percent, that means that eight website visitors are needed to get one applicant.”

On the other hand, the average number of applicants per open requisition has continued to decline, from 59 percent in 2015 to 52 percent in 2016 to 36 in 2017.  Jobvite said this appears to be due to macroeconomic reasons, including an uncertain economy and low unemployment rate. “This also may be an indicator of improved retention, as companies are becoming more savvy in identifying potential churn and creating a positive employee experience,” said the report.

Unemployment Rate Falls to 48-Year Low
Employers added 134,000 jobs last month as the U.S. unemployment rate dipped to 3.7 percent, according to the most recent U.S. Bureau of Labor Statistics report. The September gain is the 95th consecutive month of job growth. The number of unemployed people fell to six million.

Two factors are at play, said Jobvite: With low unemployment and an uncertain economy, fewer people are applying. Also, companies are becoming smarter and more efficient. “They have technology and processes in place to focus on candidates who are a better fit, allowing them to conduct fewer interviews to get to the right hire,” said the report.

Offers to hires, however, showed a marked increase, from 83 percent in 2016 to 90 percent in 2017. “This is a sign that the market is competitive and companies aren’t messing around,” said Jobvite. “They’re giving out the best offer possible, and quickly — often before the candidate even leaves the office. At a rate of 90 percent, the benchmark shows that offers are being accepted at an almost 1:1 ratio.”

“Recruiters are tapping into new tools and processes that are having a significant impact on efficiency, requiring fewer candidates to get to one hire,” said the report.

Analytic and Assessment Tools Gain Traction
Search firms continue to expand into new areas whether it be via acquisition, alliance or launching new services. The trend has been seen at large recruiters and small boutiques alike as recruiters hope to provide clients with best-in-class services for finding their senior level talent.

The average time-to-hire, for its part, decreased from 39 days to 38 days between 2016 and 2017. (In 2015, the average time-to-hire was 41 days.) “While one day may not seem like a dramatic improvement, it’s another signal of increased efficiency,” said the report. “It’s one more day of productivity by a new employee, and one more day of recruiting resources devoted to hiring other employees . Bottom line: it represents time and cost savings for your company.”

“As companies continue to embrace innovative recruiting technologies and strategies, new efficiencies throughout the funnel allow recruiting organizations to spend less time on mundane tasks and more time on strategic work: everything from writing better job descriptions and improving targets, to the work that only humans can excel at, which is building relationships with candidates.”

Larger organizations are more efficient in their hiring processes and require, on average, fewer candidates to make a hire, said Jobvite. Those companies with 250 to 500 employees had the highest percentage of applications per job (42 percent), but a very low interviews to offers conversion (22.78 percent), making them the least efficient segment. Those businesses with upwards of 5,000 employees, meanwhile, had the lowest average of applicants per open requisition (30), but proved most efficient in top-to-bottom percentage (.48 percent).

Companies between $5 million and $50 million had the highest conversion from applicants to interviews, said the report. Those with revenues from $5 million to $10 million, for example, had a 17.17 percent applicant-to-interview rate, the highest for all company revenue sizes.

“This is interesting from the candidate perspective: If you’re a candidate applying to one of these smaller companies, you have a better chance of being invited in for an interview,” said Jobvite.

The highest number of applicants per job are in the transportation and warehousing industries, at 87, said the report. The best conversion rates from applicants to interviews are the following industries: real estate rental and leasing (18.97 percent), accommodation and food services (18.43 percent), finance and insurance (16.31 percent), and educational services (16.21 percent).

The most efficient top-to-bottom funnel rates of applications to hire are in the following industries: accommodation and food services (6.95 percent), healthcare and social assistance (4.79), and mining (4.53). Transportation and warehousing had the least efficient applications-to-hire rate at 1.43 percent, followed by information at 2.05 percent.

Industries with the shortest time to fill are: accommodation and food services (30 days), real estate renting and leasing (31 days), and finance and insurance (31 days). Transportation and warehousing had the longest time to fill with 48 days, followed by management of companies and enterprises at 46 days and educational services at 45.