Menu
View our Events
Stay Connected:
A new report from Egon Zehnder captures the pulse on how CEO roles and expectations are evolving at the hand of momentous global challenges and emerging trend. Let’s go inside the report’s findings, which polled 972 chief executives from around the world. 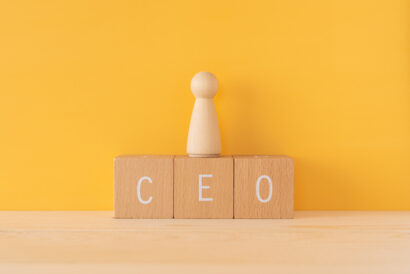 October 22, 2021 – Self-reflection and personal development have jumped to be among the top priorities of CEOs as they become increasingly self-aware, according to a newly released report by Egon Zehnder. The key to prosperity, the leaders are realizing, is to improve the human side of their leadership.

The report found that as heightened demands for workplace equality and new pressures around hybrid work continue to dramatically shape business culture, CEOs worldwide are reevaluating their role, how they engage with their team, as well as how they hold their organization – and themselves – accountable for making their businesses future-ready. “Today, CEOs view prioritizing their own development and tapping into the intrinsic sources of energy of the people in their organizations as crucial to navigating through complex business environments,” Egon Zehnder said.

Ninety percent of CEOs reported that they have moved to the center of increasingly louder, more diverse and diverging voices. When asked about the impact of recent circumstances on their organization, most CEOs highlighted accelerated decision-making and change, and greater economic uncertainty. These shifts speak to the complexities and rapid evolution that are reshaping business – and that CEOs will answer to more stakeholders and be measured in new and emerging ways, said the study.

Eighty-three percent of leaders said it was essential to reflect on their own leadership style – up from 66 percent in Egon Zehnder’s 2018 study, “The CEO: A Personal Reflection.” The report said that CEOs are expanding their ability to be adaptive, relational and self-aware. “They are committed to listening to diverse perspectives and are increasingly seeking feedback from new places – including team members, chairs, mentors, consultants and other CEOs,” said the study. “In addition, female CEOs are more likely to gather feedback from a wide range of sources – and are more likely than male counterparts to seek guidance from fellow CEOs, mentors and family members.”

Seventy-eight percent of CEOs strongly agreed that they must continue their self-transformation – three times as much from 2018. CEOs also agreed strongly on the importance of the “dual journey,” a path where leaders believe viewing their personal development and their organization’s growth as an interrelated journey will affect optimal change. Egon Zehnder’s most striking finding was the near-unanimous agreement among a thousand leaders that, “As CEO, I need the capacity to transform myself as well as my organization.”

Two-thirds of CEOs reported that the ultimate metrics that steer their decisions have remained consistent, despite new social and economic business expectations that they express support for. Given this conflict, it’s not clear whether CEOs have a direct path to deliver on their ambitions with traditional financial metrics as the dominant decision driver for most CEOs, according to Egon Zehnder.

Related: 8 Key Traits to Look for When Hiring a Turnaround CEO

An analysis of open-ended answers has shown that nearly 500 CEOs, more than half of all respondents, saw relational capabilities as a key blind spot. Specifically, less than half of CEOs (44 percent) reported that they feel fully aligned with their teams, and even fewer with their boards – pointing to heightened levels of tension and increased need for collaboration.

The coronavirus pandemic has been an epic test of character and determination for millions of people around the world. Nothing compares with the sacrifice of workers on the front lines in hospitals and other essential services. In the business context, CEOs have had to cope with extraordinary demands: for them, the pandemic has been an ultimate leadership test, according to a new report by Homayoun Hatami, Pal Erik Sjatil, and Kevin Sneader of McKinsey & Company.

Over the past few months, the McKinsey partners spoke with business leaders around the globe about how they are coping both personally and professionally. Many told McKinsey about the microhabits—daily routines and ways of working—that they have adopted to help them, and their companies, weather this crisis and emerge stronger from it.

“CEOs recognize that today’s unprecedented business complexities require a significant shift in leadership – and that change must begin by looking inward with new levels of self-reflection and personal development,” said Jill Ader, global chairwoman of Egon Zehnder. “This isn’t self-indulgent naval gazing; it’s what our teams, organizations and stakeholders expect of our CEOs. Now, more than ever, traditional business acumen must be equally balanced with empathy and compassion in order to gain their teams’ and organizations’ emotional commitment, navigate business complexities and build productive, inspiring workplaces.”

Navigating through these complex environments demand CEOs increase their personal capacity to be adaptive, relational and self-aware, said Kati Najipoor-Schuette and Dick Patton, who co-lead Egon Zehnder’s CEO advisory group and co-authored this study. “Especially today, these capacities need to be increasingly balanced with traditional leadership strengths, strategic planning and a relentless performance orientation,” they said. “Mastering these skills requires leaders to increase their capacity to listen, trust in a broader network of stakeholders and communicate more authentically than ever before. As a result of honing these skills and taking a more human-centric approach to leadership, CEOs will evolve the resiliency, leadership and adaptability of themselves – and their organizations.”

Ms. Ader said that many of the CEOs she counsels are wondering: “Am I enough?” Some CEOs went further, saying that they are disillusioned or burnt out. One of your peers forecast that “there will be significant turnover in the CEO ranks” in the months and years ahead. Egon Zehnder’s research indicated that they are likely to be proven right. The firm, however, said that the leaders it engages with are strongly committed to the role, ready to tackle today’s challenges and to learn to lead in new ways. “In our view, the CEOs who succeed in today’s fast-shifting world will be those who summon the imagination, courage and resolve to work on the system, rather than in it,” Ms. Adler says. “Visionary CEOs embrace the role of architect rather than operator; in doing so, they can inspire their organizations, drive value-creating change, and find meaning in their evolving role.”

Egon Zehnder retained its status as the No. 3 ranked global search firm according to Hunt Scanlon Media this past spring. Since 1964, the firm has been at the forefront of defining top leadership in the face of changing economic conditions as well as major transitions in the executive search field.

Related: Leading Through Uncertainty and Fear