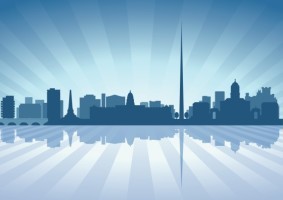 May 21, 2015 – Executive recruiters Andersen Partnership has opened new digs in Dublin, making it the firm’s 11th office. Led by director Darragh Everard, the office intends to hire more than 30 consultants over the coming months, specializing in recruiting mid to senior management level roles.

Commenting on the opening, Andersen Partnership’s CEO, Brian Schroder, commended the achievements of Mr. Everard over the past three years, particularly his startup experience and success in Perth, Australia.

“Our accounting and insurance clients are truly global by nature and we’re already seeing huge demand and movement throughout the region,” said Mr. Schroder. “Dublin is a significant milestone for us; it is our seventh office outside of Australia.” Chairman Niall Hamill added: “Dublin represents a fantastic opportunity not just for our candidates but also for our staff, many of whom are Irish. Ireland has been through a severe recession over the past several years and we have seen a marked increase in the number of candidates returning home permanently to what can only be described as a thriving economy.”