Menu
View our Events
Stay Connected:
This morning’s jobs figures reveal that an economic uptick is still a long way ahead as over 800,000 filed for unemployment this past week. According to Elaine Peters, founder and CEO of Elaine Peters Executive Search, business leaders continue still continue to seek executive-level leaders. Let’s take a closer look. 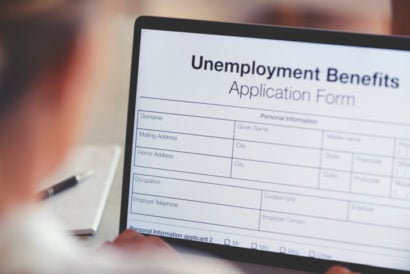 October 8, 2020 – The Labor Department reported this morning that 840,000 more Americans filed new claims for state unemployment benefits last week. Economists polled by Dow Jones expected first-time claims to come in at 825,000, down slightly from the 870,000 claims reported for the previous week. The latest figures portend an unstable and volatile job market.

“Let’s hope we soon break below the 800k mark in initial claims soon because hanging around the 800k+ level is still not a good place to be, especially going into the winter,” said Peter Boockvar, chief investment officer at Bleakley Advisory Group.

“The level of claims is still staggeringly high,” said Daniel Zhao, senior economist at the career site Glassdoor. “We’re seeing evidence that the recovery is slowing down, whether it’s in slowing payroll gains or in the sluggish improvement in jobless claims.”

“Even as filings are declining, levels remain extraordinarily high,” Rubeela Farooqi, chief U.S. economist at High Frequency Economics, said in a note. “Employment growth has already slowed and without fiscal support that protected jobs, risks are skewed to the downside for payrolls going forward.”

Americans Continue to File for Unemployment as Economic Uncertainty and Hiring Hesitancy Persist
The Labor Department reported that 837,000 more Americans filed new claims for state unemployment benefits last week. Economists polled by Dow Jones expected first-time claims to come in at 850,000, down slightly from the 860,000 claims reported for the previous week. The latest figures portend an unstable and volatile job market.

“At the executive levels, we continue to see companies that need to fill key leadership positions, due to attrition and also due to the creation of some new leadership roles, such as chief diversity & inclusion officer,” said Elaine Peters, founder and CEO of Elaine Peters Executive Search. “One key change in 2020 is the challenge of recruiting and hiring leaders in a remote world.  Interviews are being conducted via Zoom or other technologies and hiring is being accomplished virtually. Organizations are moving forward to hire leaders as they realize these key positions need to be filled and attracting top talent continues to be a challenge especially during a pandemic.”

“Organizations are seeking leaders who are comfortable managing and leading from a remote perspective,” Ms. Peters said. “Additionally, the need for diverse candidates in leadership positions continues to be a challenge and it’s anticipated to grow in 2020 and beyond.”