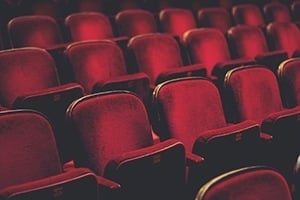 November 13, 2019 – Sydney-headquartered AEGEUS Executive Search has recruited Lee Lewis as the new artistic director of Queensland Theatre. Sam Strong, who has held the role for four years, recently announced that he will be leaving the organization later this year. Managing director Tony Grierson led the assignment.

“Lee Lewis and I have shared an office, we’ve co-directed shows, and we have sat together with playwrights into the early hours of the morning talking about their work, and now we will have passed the baton of custodianship of two great companies in Griffin and Queensland Theatre,” said Mr. Strong. “I’m incredibly proud of how Queensland Theatre has transformed in the last few years, and I can’t wait to see where CEO Lee Lewis, in collaboration with the executive director Amanda Jolly, take it in the future.”

“Queensland Theatre has made real its vision of leading from Queensland, with key achievements including a new theatre, record audiences and growth, national industry leadership through gender parity of writers and directors for four successive years, more diverse voices, more new stories and world premieres, and the next generation of Aboriginal and Torres Strait Islander stories,” said Elizabeth Jameson, chair of Queensland Theatre. “It is important that our next artistic director share our vision and Lee Lewis most certainly does.”

Ms. Lewis, who will start her new role at the beginning of the new year, is currently the artistic director and chief executive of Griffin Theatre Company and has previously worked with the Sydney Theatre Company. A successful New York career as an actor saw her working on and off Broadway. Since returning to Australia in 2001, Ms. Lewis has directed productions including the Queensland Premier’s Drama Award-winning “Rice,” written by Michele Lee.

“Lee Lewis is known for leading creative teams, for her collaborative work, for celebrating new work and revisioning stories for the stage,” said Leeanne Enoch, minister for the arts. “She has curated seven successful seasons at Griffin and it is fantastic that she will now call Queensland home. It is an exciting time for Queensland Theatre.”

Operating throughout the Asia Pacific region, AEGEUS Executive Search is a partner to boards and senior management of organizations and institutions in: education, arts and culture, social enterprise, public sector, sports, leisure and tourism. The firm specializes in the identification, assessment and recruitment of leading candidates with high potential and exceptional cultural fit who will make an impact on the organization and the sector in which they operate.

Mr. Grierson’s expertise in executive search encompasses board, senior executive and academic roles in education, arts and culture, social enterprise, public sector, and sports, leisure and tourism. In the arts and cultural sectors, he has conducted searches for board members, CEOs, executive directors and artistic directors, along with senior executive positions for many of Australia’s performing and visual arts organizations, festivals and cultural institutions. These include the National Gallery of Victoria, National Film & Sound Archive, Powerhouse Museum, Orchestra Victoria, Australian Ballet, Australian Major Performing Arts Group, Queensland Theatre Company and the Melbourne Symphony Orchestra, among others.