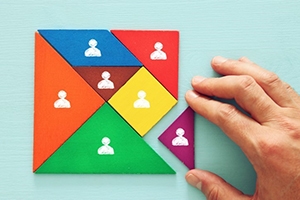 September 17, 2018 – Education-focused executive recruiter Academic Search has expanded its ability to attract top leadership talent to historically black colleges and universities (HBCUs) with the addition of the founders of TM2 Education Search to the firm. TM2 was established in 2016 to identify and place candidates in top administrative posts at HBCUs.

“This partnership is a win-win,” said Mr. Lemons, who spent 25 years as a college president in Pennsylvania and Virginia before joining Academic Search last year. “John, Dorothy and Sidney understand what is required to lead an HBCU. We have a demonstrated track record in recruiting executive talent to our higher education partners. Our collective strengths will make us uniquely qualified to attract those with the experience and skills HBCUs most need as well as strengthen our commitment to increasing the diversity of the leadership in the academy across all institutions,” he said.

TM2 was begun as an initiative of the Thurgood Marshall College Fund. Given the opportunity for TM2’s principals to partner with Academic Search, a decision was made to disband TM2. Academic Search regarded the partnership as an opportunity to bolster its own recruitment of top talent to HBCUs and other institutions. “The founding insights and values of the two organizations align perfectly,” said Harry Williams, president of the Thurgood Marshall College Fund.

Mr. Garland, the executive chair of TM2, began his career in higher education in 1988 as general counsel for the University of the District of Columbia. In 1991, he was named associate general counsel for the University of Virginia, where he became assistant to the president in 1993. Four years later, he returned to his undergraduate alma mater, Central State University, as its seventh president. Mr. Garland, who earned his law degree from Ohio State University, retired from Central State in 2012.  In 2013, he was named president-in-residence at the Thurgood Marshall College Fund. The fund’s appointment of Mr. Garland was seen as a move to bring new expertise and strategic guidance to historically black public universities.

Ms. Yancy served as president of the Johnson C. Smith University from 1994 to 2008. She then spent a year as president at Shaw University prior to her retirement. She emerged from retirement in 2011 after the Shaw campus had been dismantled by a tornado. Under Ms. Yancy’s leadership, the campus reopened and resumed normal operations within a year. Prior to being named president at Johnson C. Smith, she served the university for 20 years in a number of academic and administrative positions.

“We are very enthusiastic about the breadth of experience these new colleagues bring to Academic Search,” said Mr. Lemons.  “Their wealth of knowledge will be a tremendous asset to higher education, especially our HBCUs.”  He added that the demand for the services of Academic Search reached an all-time high in the past year and that the firm is on track to break that record this year.

Scott Miller, chair of the Academic Search board of directors, said that since its founding more than 40 years ago, Academic Search has been the gold standard for helping colleges and universities find leaders. “The addition of these experienced leaders raises the bar for us and we are proud to have these new colleagues join our team,” he said.

Academic Search has long been a leader in designing and implementing search processes for leaders of colleges and universities across the country. The firm has completed more than 380 executive searches for higher education institutions and related organizations, for roles that have ranged from presidents to provosts to deans.