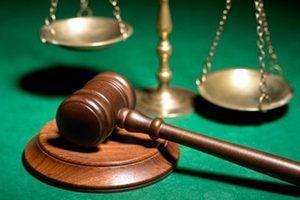 April 9, 2018 – Following an extensive search, Young Mayden has placed Elizabeth Andersen as executive director of the World Justice Project (WJP) in Washington, D.C. She starts her new role at the end of May. Kenneth Young and Barbara Mayden led the assignment. Ms. Andersen takes over from Juan Carlos Botero, who recently stepped down to pursue his lifelong passion for research and teaching.

“We are delighted that Betsy Andersen, a long-time champion of the World Justice Project, will be joining WJP as our new executive director,” said William H. Neukom, founder and CEO, and board chair William C. Hubbard in a joint statement. “This is exciting for our growing organization and for our work in advancing the rule of law worldwide. Betsy is highly regarded in the rule of law community and is ideally qualified to shape a successful future for our organization.”

Ms. Andersen has more than 20 years of experience in international law, international human rights and rule of law development. She is currently the associate executive director for global programs at the American Bar Association and Director of its Rule of Law Initiative (ABA ROLI), the ABA’s global legal development program working in more than 50 countries worldwide to advance the rule of law.

Majority of Legal Departments Prefer In-House Talent
Special Counsel, a full-service provider of legal staffing, and eDiscovery solutions  today released the results of its first ‘In-House Legal Trends Survey,’ a comprehensive look at how in-house legal departments are structured, how they are hiring and what their priorities are for the year ahead.

She began her legal career in clerkships with Judge Kimba M. Wood of the U.S. District Court for the Southern District of New York and with Judge Georges Abi-Saab of the International Criminal Tribunal for the former Yugoslavia. In addition, Ms. Andersen is an expert in international human rights law, international humanitarian law and international criminal law, and she has taught as an adjunct professor at the American University Washington College of Law.

The World Justice Project is an independent, multidisciplinary organization working to advance the rule of law worldwide. It is the foundation for communities of equity, opportunity and peace—underpinning development, accountable government and respect for fundamental rights.

Its principals, Mr. Young and Ms. Mayden, have years of experience practicing business and employment law at several different regional and national law firms, including Bass, Berry & Sims; Skadden Arps; White & Case; King & Spalding; Ogletree, Deakins, Nash, Smoak & Stewart; and Nelson Mullins Riley & Scarborough. In addition, they have years of senior leadership experience in the ABA, where they have worked with many of America’s top attorneys and bar leaders.

TurnkeyZRG Recruits Commissioner for the Big 12