Menu
View our Events
Stay Connected:
Companies are spending billions on leadership development but are unhappy with the results. Lacking, many believe, are basic critical skills and capabilities. The problem, according to a new study by Pekarsky & Co., is that people skills have gotten short shrift. 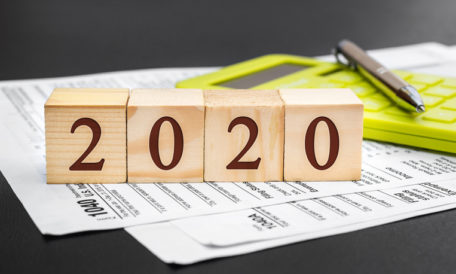 December 18, 2020 – Will we need more than just “tough people” to emerge from these tough times? Adam Pekarsky, founding partner of Pekarsky & Co., was recently struck by a Harvard Business Review study on the future of leadership and how we are developing leaders. “Here we are launching all of these ambitious initiatives, initiatives which, at the end the day, must be led by leaders, but the study basically said the way we are developing leaders is at least a generation behind from where we should be,” he said.

The leadership development industry is in a state of upheaval, according to the study. Organizations are spending billions of dollars but are increasingly frustrated with the results. A full 50 percent of senior leaders indicated that talent development efforts failed to adequately build critical skills or capabilities. The challenge, according to chief learning officers, is that most programs focus on strategy development and finance, while paying too little attention to building strong relationships, communicating effectively or enhancing emotional intelligence—in other words, the people part.

“Working at a firm whose tagline is ‘We Know People,’ one of the most rewarding parts of our job is working with, and for, so many great leaders,” said Mr. Pekarsky. “Ultimately, it is leaders who retain us, and it is leaders we seek out. Though we immerse ourselves in the language of leadership and we are trained to identify, assess, and advance leaders, most of our pedagogy is by osmosis; you spend enough time around leaders, and you get good at spotting them.”

“Leadership is much more than simply the capacity to lead or merely holding the office or title of leader,” he said. “I can hold a baseball and have the title of pitcher. That doesn’t mean I can pitch.”

Mr. Pekarsky said that humanity is an important trait for leaders. “If there’s one word resonating with leaders and organizations today, it’s humanity,” he said. “With the rise of social enterprise, call for social justice, heartbreak that has arisen from the pandemic and economic challenges that have hit the world hard, the need for leaders to embrace the core virtues of decency and humanity has never been greater.”

Adam Pekarsky is the founding partner of Pekarsky & Co., a Calgary-based, independent-owned, and operated executive search firm. He has been recruiting executives, advising boards, and offering thought leadership in Western Canada for nearly 20 years. Mr. Pekarsky is widely regarded as a top connected person in the Alberta legal community, although not as a lawyer.

“Because decency and humanity are foundational elements of leadership, when assessing true leaders, I for one am unable to separate the message from the messenger,” said Mr. Pekarsky. “A leader of decency cannot espouse wholly indecent ideas. Bad ones, okay. Ones with which I disagree, fine. But abhorrent, debasing, inciting ideas? That’s when, quoting Merriam Webster, a leader no longer has the capacity to lead.”

Leading Through a Pandemic

Very few of us have been through a pandemic and those who were around during the Spanish Flu of 1918 did not have to contend with the unyielding noise of the internet, or traverse the information divide, the politicization of health directives and directors, sift through wild conspiracies and retweets of posted, then censored, YouTube videos. “Mind you, with over 500 million infections worldwide during the Spanish Flu, compared to one-tenth that amount so far this time around, it’s fair to say that being uninformed was considerably more fatal than being misinformed,” said Mr. Pekarsky.

Related: Assessing Soft Skills to Land Your Next Top Hire

The question remains: In a world of misinformation where do we look for inspiration? What does great, aspirational leadership look like? Decency and humanity will only take you so far.

“No, my definition of leadership is about personal integrity and basic civility,” Mr. Pekarsky said. “Leaders with decency compel people to follow, rather than coerce them to. I’ve always thought the best leaders know the outcome they’re trying to reach; the magic is in making others feel it was their idea.”

Troy, Michigan-based Kelly, a publicly-held, global leader in workforce management solutions offering staffing services to top companies, has acquired Greenwood/Asher & Associates, an executive search firm specializing in finding leaders across the academic and higher education sector. The search firm, based in Miramar Beach, Florida, will continue to operate under its own brand.

“Across the education landscape, the need for talent has never been greater, and Kelly has been diligently identifying adjacencies and growth opportunities to meet the increased demand for experienced education professionals,” said Peter Quigley, Kelly president and CEO. “With the acquisition of Greenwood/Asher, we are formally expanding our solutions beyond K-12 and into the higher education space.”

Seeing as 2020 is the year of everything going pear shaped, Mr. Pekarsky proposes that the entire notion of followers and leaders be turned on its head. In many cases, it is the followers who are leading.  Take this list and apply this to the follower instead, as Mr. Pekarsky has done here:

“My point is this: Perhaps we should stop looking up for inspiration and look around instead,” said Mr. Pekarsky. “Each individual taking care of themselves and their neighbors. Instead of leading by decree, we lead by example. With decency and humanity. And isn’t that at the very core of our prairie ethos?”

“At Pekarsky & Co., we are working hard to envision that leader and to create a response to leadership’s future needs,” he said. “We’ve already started a series of conversations about what’s going well – and not so well – as we contemplate new ways to identify and support those leaders.”