Menu
View our Events
Stay Connected:
With the election over and a vaccine imminent, the economy could be on sound footing for a springtime recovery. Let’s take a look at some just released numbers from the Department of Labor as veteran talent management experts from Diversified Search Group and Russell Reynolds Associates weigh in. 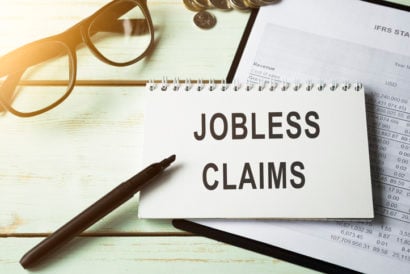 November 12, 2020 – The Labor Department reported this morning that 709,000 more Americans filed new claims for state unemployment benefits last week. Economists surveyed by Dow Jones had been expecting 740,000. This was the fourth straight week that claims fell below 800,000.

More than 21 million Americans are currently claiming some form of unemployment insurance, and Thursday’s Labor Department data also shows that unemployed Americans are spending more time out of work.

“However, the number of job openings didn’t really change from the month before,” said Nick Bunker, Indeed Hiring Lab director of research. “The quits rate, a sign of worker confidence, was also very similar to the prior month. For signs of a strong labor market recovery, both of these numbers need to rise. That is not what we are seeing.” Still, the outlook is improving, and so is confidence.

“With almost 12 million jobs yet to be recovered, the economy still faces a huge shortfall,” Elise Gould, senior economist at the Economic Policy Institute, told NBC News. “For every 18 workers who were officially counted as unemployed, there were only available jobs for 10 of them. That means, no matter what they did, there were no jobs for 5.4 million unemployed workers. The Biden administration will be facing a mounting, not waning, crisis,” Ms. Gould said of the task ahead for President-elect Joseph R. Biden Jr.

“We are, and always have been, a very high-touch firm, which has proved to be enormously helpful in the COVID-19 crisis,” said Dale E. Jones, CEO of Diversified Search Group. “Foremost, what clients wanted was reassurance that the quality of the talent pools and the search process would not be adversely impacted by the restrictions on travel and the lack of in-person contact. But we have been doing digital interfacing with candidates for a long time, so it was not new to us, and we were able to quickly pivot and explain to our clients how this was all going to work and why it would not impact the search. In uncertain times, people want certainty, and what our clients wanted and needed was to know quality would not be affected. Strong and continuous communication is built into our search process,” he said. “This proved a key asset when the pandemic upended life in March.”

Unemployment Rate Falls to 6.9 Percent as Joseph R. Biden Jr. Prepares to Ascend the Presidency
Employment rose by 668,000 in October as the U.S. unemployment rate fell to 6.9 percent, according to the most recent U.S. Bureau of Labor Statistics report released this morning. That’s down from a peak of 14.7 percent in April, but still far above the 3.5 percent rate in February before the coronavirus pandemic led to mass economic shutdowns across the country.

“While this feels like it’s been going on forever, in reality it’s only been eight months,” Mr. Jones said. “And yes, it will continue far longer than any of us would like. But organizations with nimble, clear-eyed, and diverse talent that can look at big problems from multiple angles and perspectives will weather this and anything else that comes. You just have to make sure you have the right talent in the right places, and be courageous enough to take action when you don’t.”

“At this point, I think it’s less about weathering the storm and more about adapting to a new way of working,” Mr. Cerilli said. “Our work will never be the same again, whether it’s by choice or by necessity, so it’s critical to be flexible and open-minded as we all adjust to the new normal together.”