Menu
View our Events
Stay Connected:
Despite a falling unemployment rate, the U.S. economy is reeling as the number of ‘permanent job losers’ set off warning signals for a quick recovery. Let’s take a look at the just released numbers from the Department of Labor as veteran talent management experts from Sales Search International and Randstad weigh in. 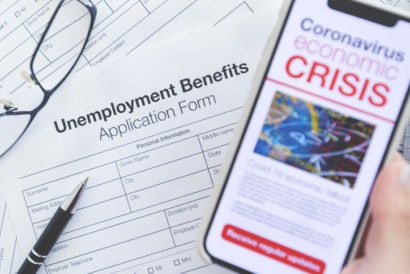 November 6, 2020 – Employment rose by 668,000 in October as the U.S. unemployment rate fell to 6.9 percent, according to the most recent U.S. Bureau of Labor Statistics report released this morning. That’s down from a peak of 14.7 percent in April, but still far above the 3.5 percent rate in February before the coronavirus pandemic led to mass economic shutdowns across the country.

Economists and officials have also now focused more closely on the Labor Department’s data on “permanent job losers,” or those who do not expect to be called back from temporary layoffs, as a warning sign of the longer-term impacts of the pandemic on the labor market. In October, the number of permanent job losers stands at 3.9 million.

“The 638,000 rise in non-farm payrolls in October is stronger than it looks as it included a 147,000 drop in temporary census employment and, alongside the big fall in the unemployment rate, it suggests that the labor market recovery still has plenty of momentum,” said Andrew Hunter, senior U.S. economist for Capital Economics, said in a note Friday morning.

“The slowdown in hiring in leisure and hospitality might be an early sign that virus concerns were starting to weigh on the sector but, at 271,000 last month, hiring remains much stronger than it was back in August,” Mr. Hunter said. “In any case, that was offset by larger gains in retail, construction and professional & business services payrolls.”

In a statement after its latest monetary policymaking meeting on Thursday, the Federal Reserve reiterated that “the ongoing public health crisis will continue to weigh on economic activity, employment, and inflation in the near term, and poses considerable risks to the economic outlook over the medium term.”

Continued Jobless Claims Make Full Jobs Recovery a Distant Aim
The Labor Department reported this morning that 751,000 more Americans filed new claims for state unemployment benefits last week. Economists surveyed by Dow Jones had been expecting 741,000. This was the third straight week that claims were below 800,000. “The persistently high level underscores the notion that a full labor-market recovery is a long way off as the pandemic continues to force layoffs,” Bloomberg economist Eliza Winger said in a commentary.

“We are seeing a noticeable increase in search work from clients that have been with us for many years,” said Doug Miller, president of Sales Search International. “What is most encouraging is we are seeing an uptick in net new clients that we have not worked with in the past. We didn’t really expect that but we’ll take it. Apparently, a lot of firms in our niche, which is software sales, closed or switched lanes during the pandemic.”

The new unemployment stats are encouraging, he noted, “but in our world they are somewhat irrelevant as the top performing sales reps are rarely affected,” Mr. Miller said. “The best and brightest always figure out how to make their quotas regardless of market conditions.”

Although the October jobs reports show a modest increase in employment across all sectors, “overall job growth has continued to slow and women are still being disproportionately impacted by the effects of the coronavirus on the labor market,” said Rebecca Henderson, CEO of Randstad Global Businesses. “It is imperative that the next administration support women who are being forced to choose between their careers and caring for their children as the loss of women from the labor force could have a $1 trillion impact on the global economy. This is especially important as the pandemic continues to impact women who work in particularly vulnerable industries, like the restaurant, hospitality and service sectors.”