Menu
View our Events
Stay Connected:
Many big organizations are ­failing to see much return from investment in people analytics, says a new report by Options Group. But those that continue building people analytics capabilities do discover how powerful the systematic harnessing of people data can be. It’s all about getting through the early challenges. 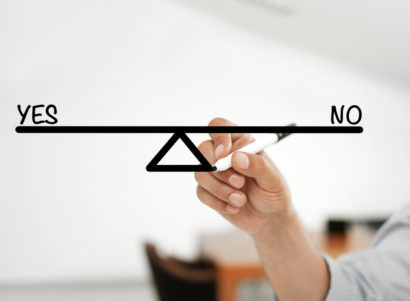 January 27, 2020 – The value of combining Big Data with statistical predictive modeling has been highly touted in recent years. The idea is to apply advanced computing capabilities to talent-related data to better predict employee behavior. “This people analytics approach has been adopted with the aim of simultaneously doing a better job of improving performance, acquiring top talent and reducing turnover,” said Richard Stein, chief growth officer at Options Group, in a new report.

“In real-world experience too many big organizations are ­finding it difficult to reap the promised return from investment in people analytics,” he said. “The difficulty stems in large part from the inability of many organizations to translate data into practical action.”

According to many of the CHROs Options Group spoke with recently as it gathered market intelligence from a broad spectrum of organizations, the two most common complaints are that predictive results from people analytics models have not proven to be significantly better than traditional human-rich people-management; the other: people analytics teams are too often viewed inside their organizations as merely data analysts, detached from the realities of talent management and without authority to change behaviors.

“It’s not surprising that many executives would like to forget the whole thing and revert to traditional talent management,” said Mr. Stein. “But that would be a mistake. The fi­rms that continue building people analytics capabilities appreciate how powerful the systematic harnessing of people data can be – once, that is, they’ve gone through the early teething pain.”

Options Group is one of the nation’s leading global talent acquisition and development firms specializing in financial services and technology. For more than 25 years, with 13 global offices, it has been at the forefront of industry, pioneering a new generation of human talent management solutions through its proprietary technologies where, according to the firm, “research meets recruiting for optimal strategic results.” It is a key differentiator among rivals, say clients, and meets the demands of organizations eager for real-time intelligence captured through a talent acquisition platform.

Professional sports teams were early adopters of people analytics. The management of the Oakland Athletics baseball team, for example, famously pioneered the application of enhanced data modeling. Doing so changed baseball. Virtually all major-league teams have now grafted people analytics onto their sport’s traditional models of talent management. As Michael Lewis wrote of Oakland’s path-breaking application of analytics in Moneyball: The Art of Winning an Unfair Game, “People… operate with beliefs and biases. To the extent you can eliminate both and replace them with data, you gain a clear advantage.”

The logic and the predictive power in people analytics were immediately evident to most of us when Moneyball was published in 2003, said Mr. Stein. “If gross miscalculations of a person’s value could occur on a baseball ­field, before a live audience of thirty thousand, and a television audience of millions more, what did that say about the measurement of performance in other lines of work?” wrote Mr. Lewis. “If professional baseball players could be over- or under-valued, who couldn’t?

“The effect of people analytics in professional sports has been undeniable,” said Mr. Stein. “That revolution is here to stay. In other businesses the results have been less than hoped. Traditionally, people-management analytics in businesses other than sports have focused on two types of talent data: ­first, data that does not change and is easy to gather, such as ethnicity and gender; and second, data that does change, such as tenure or compensation. These are both useful, of course. But to produce strategic, practical outcomes they are insufficient,” he said. “They do not account for human relations.”

“Relational analytics,” as it’s called, is now evolving as a science of social networks, adding layers of insight about the ways people connect and work with one another. “For small to medium-sized ­firms the applicability, not to mention the implementation, of relational analytics would probably be overkill,” said Mr. Stein. “Executives inside such organizations should already understand how their people work together. Their most effective tools for enhancing performance will still be intuition, empathy and engagement.”

“For large organizations, grafting relational analytics to existing analytic strategies can improve identification of employees capable of achieving organizational goals who might otherwise fly under the radar,” Mr. Stein said. “Ideally, organizations will also get a better grasp of which essential individuals they can’t afford to lose. Add to that a picture of where silos exist within their organization.”

Former New York City mayor Michael Bloomberg recently said that, “Good data will never replace good judgment, but it is essential to informing it.” People analytics will never be a substitute for the application of human judgment to talent-management practice, Mr. Stein said. “But it offers sophisticated tools for augmenting and improving that judgment.”

Here is how to do that: “Decades of research convincingly describe how relationships among employees – together with individual attributes – explain workplace performance,” said Mr. Stein. “All you need is to ­find patterns in the data. Simple.”

Among the most important recent breakthroughs in this area is the work of Paul Leonardi, professor of technology management at the University of California, and Noshir Contractor, professor of behavioral sciences at the Kellogg School of Management at Northwestern University. The two have spent thousands of hours appraising how companies can design networks in their organizations to create and share knowledge. Messrs. Leonardi and Contractor’s research demonstrates how data-intensive technologies, such as simulation and social-media tools, afford new ways to access, store and share information. They explore how the data developed by these technologies can change work routines and raise performance. Intriguingly, they’ve also shown how shifts in work and communication alter the nature of an organization’s expertise.

What is needed is identifi­cation within the collected relational data of six traits that most often impact performance:

“Among employees these individual traits naturally evolve,” Mr. Stein said. “But managed on an enterprise basis there is a likelihood that relational analytics can portray not just current but future performance.”

“Data analysts don’t typically have intimate knowledge of employees and teams. Working alongside leadership teams they can make a transformational change in understanding data and its impact on performance. But too many fi­rms don’t realize that they are overlooking their best resources for data analysis.”

Talking Out Loud About Data and Behavior

The digital motifs comprising relational analytics are generally derived from logs, emails and the contents of everyday interoffice activity. “These can be used to construct a view of employee, team and organizational networks in which it is possible to pick out patterns,” Mr. Stein said. “Navigating these patterns depends on ensuring correlation to speci­fic behaviors in relation to individual, team and organizational communications.”

“No one should be surprised that many employees feel uncomfortable about their employer mining such data, viewing it as an invasion of privacy or evidence of mistrust,” he said. “To underline their intent, organizations need plain-talking policies about data collection.”

“Employers must be mindful of laws affecting data protection, such the European Union’s General Data Protection Regulation (GDPR) and the United Kingdom’s Data Protection Act of 2018,” Mr. Stein said. “It should not be overlooked that GDPR applies to collecting and processing employee data as well as the personal data of consumers. Notably, organizations may only gather employee data relevant to de­fined purposes. The uses to which employee data will be put must be clearly defi­ned in employment contracts, right alongside data-protection rights.”

Mr. Stein said it is essential to keep records on stored data. “These include the reasons for its collection, the sources from which it is derived and the people with whom it has been shared,” he said. “Mishandling employee data has an obviously negative effect on employee relations. It also generates reputational risk to the organization, along with the possibility of litigation and investigation.”

The trust engendered by getting data privacy right, as Leo Tilman pointed out in Agility: How to Navigate the Unknown and Seize Opportunity in a World of Disruption, “leads to improved abstract thinking, independent, smart risk taking and innovation. So, by the opposite logic, if employees feel ‘oppressed by a coercive power’, trust may diminish, the forum of truth may be impaired, collaboration may decline, and abstract thinking and creativity may be impaired, which is entirely self-defeating…”

“Interpreting – correctly – relational analytics will be transformational in constructing a real-time view of an organization’s network, its capabilities and its long-term prospects of success,” Mr. Stein said. “Powerful stuff.”