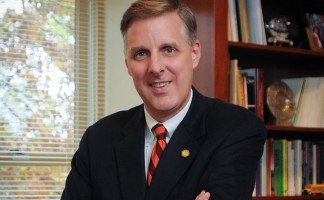 March 4, 2016 – Washington, D.C.-headquartered Academic Search has appointed L. Jay Lemons as its president, effective a year from this coming July. Currently in his 16th year as president of Susquehanna University, he will succeed Jessica Kozloff, who will remain with the firm as a senior consultant.

Active at the state and national levels, Mr. Lemons has served on the board of directors of the Council of Independent Colleges (CIC) and was a long-time member and chair of the committee on professional development for the American Association of State Colleges and Universities (AASCU). He has chaired the boards of the Association of Independent Colleges and Universities of Pennsylvania, as well as Pennsylvania Campus Compact, among others. He currently serves as vice chair of the NCAA Board of Governors, vice chair of the NCAA’s Division III Presidents Council, and co-chair of the NCAA’s ad hoc committee on diversity and inclusion.

“We are delighted to have Jay as our next president,” said Scott D. Miller, chair of the board of Academic Search and president of Virginia Wesleyan College, who chaired the search. “Jay has the unique background of having led with distinction two outstanding private and public universities during the past 24 years. His knowledge of the public and private sector and his reputation as a high impact and strategic leader on the national level will benefit this strong organization.”

“It is a great honor to be selected as president of one of the nation’s premier executive search firms,” said Mr. Lemons. “Academic Search stands out, not only for its commitment to executive search, but also for its commitment to identifying and cultivating the next generation of higher education leaders through the American Academic Leadership Institute (AALI). I look forward to working with Jessica Kozloff and other colleagues at Academic Search to help build institutional leadership teams.” Strong leaders help to ensure thriving institutions, he said, “which are essential to the nation’s citizens and our collective future.”

For over three decades, Academic Search has served in the design and implementation of search processes for presidents and senior administrators at colleges and universities throughout the U.S. Since its inception, the firm has completed more than 700 presidential searches, and in the past three years it has conducted more than 50 provost and 60 dean searches.

Recently, Academic Search filled the president positions for Saint Mary’s College and Edison Community College as well as the dean of education for the University of South Alabama.

Check Out These Related Articles On Academic Focused Search Firms: