Menu
View our Events
Stay Connected:
The Dallas-based higher education executive search firm is seeking USC’s 30th president. Interim leader Harris Pastides has agreed to stay on until a successor is found. The assignment is being led by founder and president R. William Funk. Let’s go inside the latest search. 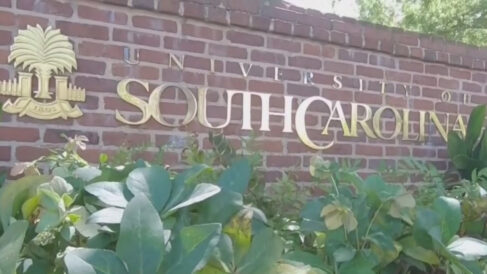 July 23, 2021 – R. William Funk & Associates, which specializes in recruitment for roles in higher education, has been called in by the University of South Carolina (USC) to lead its search for a new president. The firm is seeking the university’s 30th president. Currently, Harris Pastides is serving as interim president. He has agreed to serve in the position until a successor is found. Dr. Pastides became interim president in May, following the resignation of former president Bob Caslen. The search firm’s founder, R. William Funk, will lead the recruiting effort, personally interact with the candidate pool, and report directly to the search committee and the university’s board of trustees.

“Funk & Associates has extensive experience conducting successful searches for university presidents and chancellors across the U.S.,” said Ernest Jenkins, chair of the faculty senate for the Palmetto College campuses and a member of the presidential candidate search committee. “The firm’s recruiting strategies have helped place many impressive candidates, including minorities and women, at leading universities throughout the country and within South Carolina. These advantages, and their history of outreach to members of university communities, make them a compelling choice to assist us.”

“We don’t believe in a formula approach to president searches,” said Mr. Funk. “Each institution is different and there are precedents that must be honored when organizing and executing the search process. At the same time, we are particularly proud of our role in bringing forward outstanding women and minority candidates for consideration by the search committees with which we have worked.”

“I’m impressed by Bill Funk’s overall track record placing chief executives at great colleges and universities in a timely but thorough manner, and I appreciate just how diverse those placements have been across time,” said Columbia student body president Alex Harrell, a member of the search committee. “We’re confident in Mr. Funk and his team because he knows the state of South Carolina. He knows the Southeastern Conference, and he knows USC.”

According to the school, solicitation of feedback from university and community stakeholders will continue through the outset of the fall semester, when Mr. Funk and the search committee will conduct meetings virtually and in person across the University of South Carolina system. These opinions will contribute to the creation of a leadership profile that will be used to advertise the position of president and to seek nominations and applications. Operating confidentially under the guidance of the search committee, the firm will recruit from among candidates across the U.S. and internationally, conduct extensive background checks and facilitate the search committee’s interviews with those who are best qualified.

Founded in 1801, the University of South Carolina is the flagship institution of the University of South Carolina System and offers more than 350 programs of study, leading to bachelor’s, master’s and doctoral degrees from 14 degree-granting colleges and schools. Currently, the university has an enrollment of about 50,000 students, with nearly 35,000 on the main Columbia campus, making it the largest university in the Carolinas. Its main campus in downtown Columbia has been categorized by the Carnegie Classification of Institutions of Higher Education: Doctoral Universities—Very High Research Activity. 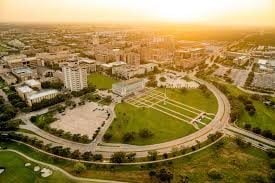 R. William Funk & Associates has assisted the Texas A&M University System board of regents in the selection of Katherine Banks as the sole finalist for the position of president of Texas A&M University. Dr. Banks is currently vice chancellor of engineering and national laboratories and dean of the Texas A&M College of Engineering. “The board was excited to know the search yielded tremendous interest and many qualified candidates,” said Elaine Mendoza, chairman of the board of regents.

R. William Funk & Associates has recruited chancellors/presidents for two-thirds of all public AAU universities, according to Central Washington University. Additionally, it has been recognized by the Women’s Network of the American Council on Education (ACE) for its work in recruiting women and minorities to senior levels of higher education. The firm has broken the color and/or gender line in president searches at more than 40 institutions around the country, making in one of the most highly sought after search firms across the sector.